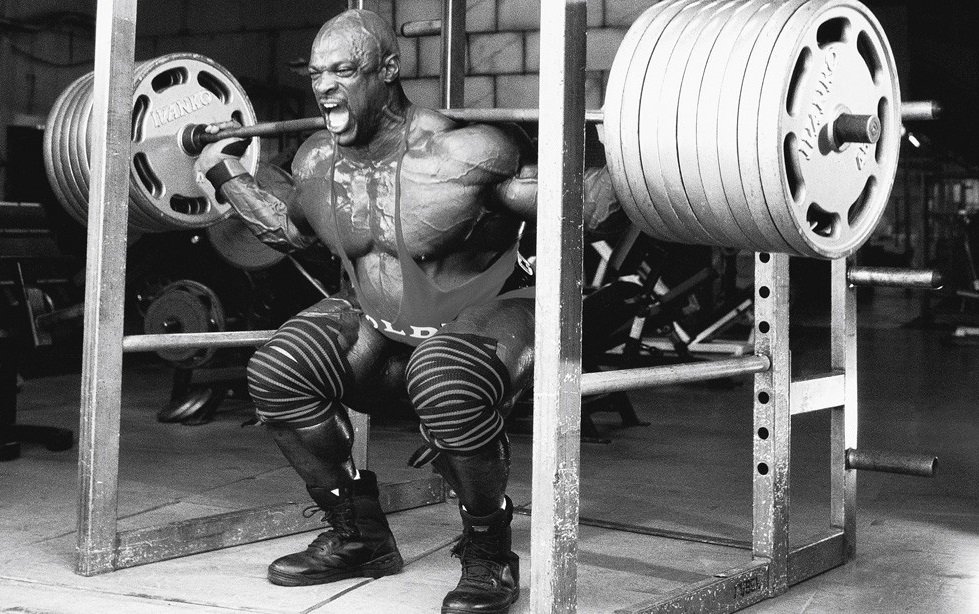 “Go heavy or go home.” Everyone knows this phrase who’s been lifting for more than a month and has picked up a magazine or two. Everyone goes on about how training heavy is the name of the game, and doing anything but going as heavy as possible is a waste of time. But what does that really mean?

The Two Kinds Of Heavy

Now, in my personal opinion, there are two kinds of heavy, personal heavy and general heavy. Ronnie Coleman deadlifting 800 lbs for two reps is generally considered heavy by anyone you’d meet. Same with his 200 lb dumbbell incline presses. Conversely, front squatting 195 for 8 with no lockouts is personally pretty heavy. Benching 85 lb dumbbells 9 times is personally heavy. Because that’s heavy for what I can do.

Heavy, for all intents and purposes, should be defined as “the heaviest weight one can move for a specified number of reps.” If you can lift 150 lbs on any given exercise for 8 reps, do those 8 reps. Stopping before that means you didn’t go heavy. Does this mean it’s possible to go heavy for 12 reps? Sure does, provided you do all 12 and couldn’t have handled any more.

But then we run into another question, what’s the point of going heavy? When the average person “goes heavy” they are doing so for one reason and one reason only: ego. Guys want a big bench press, to curl those giant dumbbells, to squat so much the bar is bending. Unfortunately, they do this at the expense of form and effectiveness. 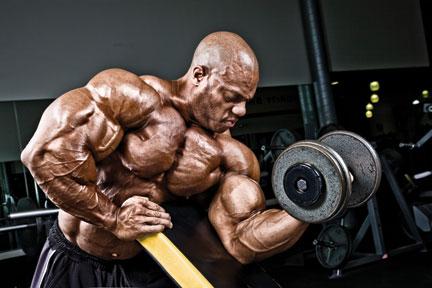 Form I’ve already gotten into. The form is intended to maximize muscle usage, but to also prevent injury. It’s nearly impossible to injure yourself on ANY lift (yes, this includes the dreaded behind-the-neck presses) provided you are not using a weight that is more than you can handle. If you have strong rotator cuffs, they are more than capable of handling such an exercise. Pros today still use them, Phil Heath is an example.

Now, as for effectiveness, using the squat as an example, people see the lift as involving two things: the part pushing, and the weight. In the squat, people think of their feet and the bar. Now back up for a second and realize what you want that squat to be doing. People get shoddy on their form because they want to make the lift easier. People bounce bars off their chests and let their knees go in every possible direction because they are disregarding muscle usage in favor of poundages.

Let’s move on to the shoulder press, 95% of people do this exercise in a way that converts it to nearly a tricep isolation move. Unless that bar is touching your chest, the move isn’t hitting your shoulders at all. Indeed, don’t lockout at the top here, much like in a bench press. Lockouts transfer pressure to the wrong muscles and give your target muscle a break.

This concept is even applicable on squats. The last 5 workouts I’ve had, I shifted my main leg exercise from heavy back squats to heavy front squats with no lockout at the top. Keeping the constant tension does indeed lower the weight you can use, but at the same time, it is infinitely more effective at causing the necessary hypertrophy for growth. Again, “thinking” the muscles contracting rather than focusing on moving weight is the key. The hardest concept to grasp is that if it hurts (as in a burn, which is certainly possible on a 4th rep), then you’re doing it right. Don’t squirm around to keep the weight moving but avoid the pain. Heavyweights are the only way to cause good growth but are useless when you give your muscles constant breaks from the heavy load.

So go heavy, of course, but under no circumstances ignore why you want to go heavy in the first place.