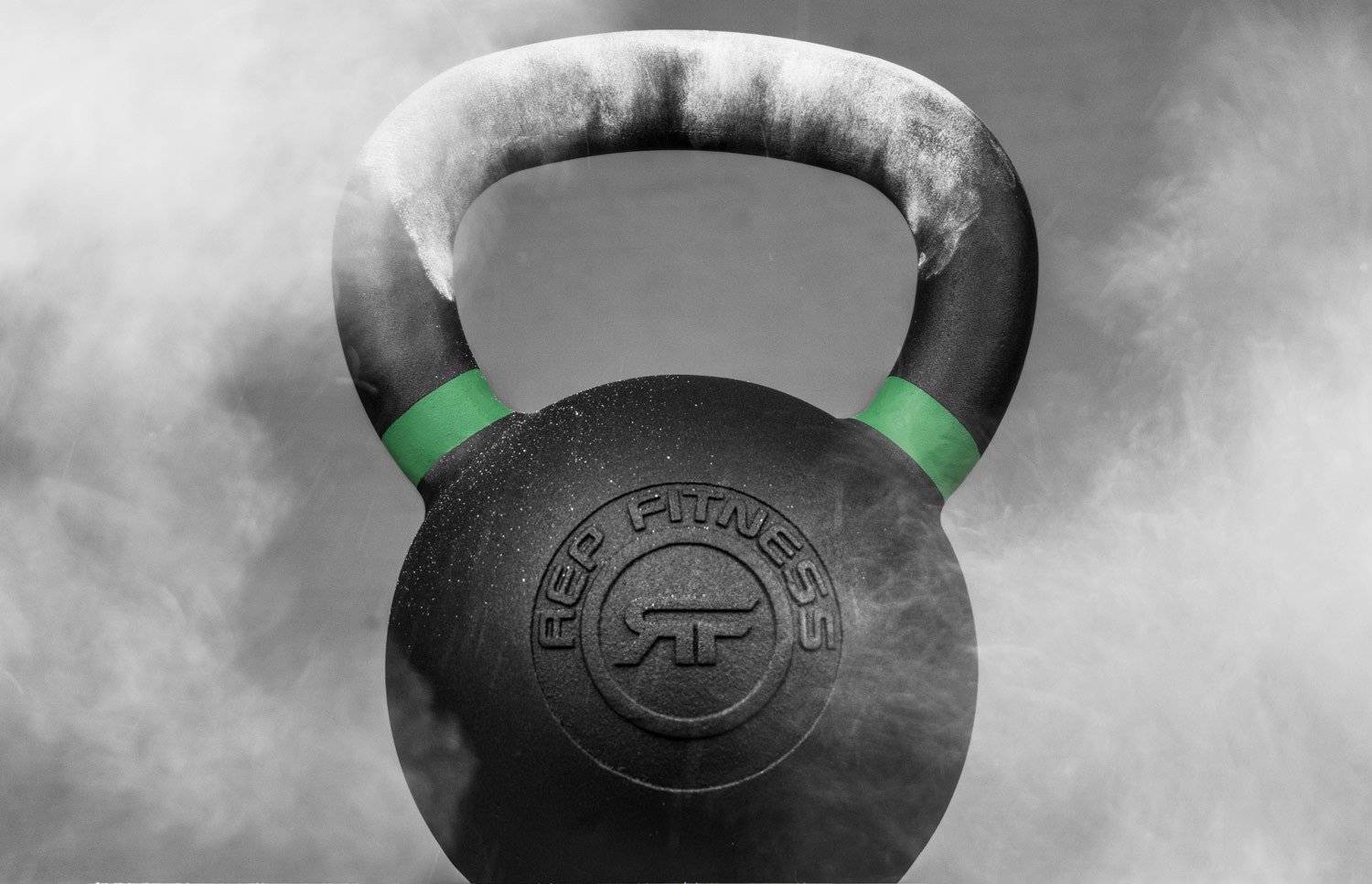 One of the hottest bodybuilding and fitness trends right now is integrating kettlebell workouts into the workout routine. Kettlebell exercises are a perfect way to test the body and set off some new development you may not have seen before.

Best of all you don’t have to be in a gym to do the kettlebell exercises most often you can do the entire workout in your backyard, or anywhere you have some open space.

Kettlebell exercises tend to concentrate all at once on different muscle groups and they are very effective in cutting fat and improving the metabolic rate. When you eat in a calorie surplus, they’re also going to be a perfect way to develop more muscle mass and move the performance to the next level.

Since the squat should form the main pillar of almost any exercise program, it’s going to be no different when using kettlebell exercises. It’s important when you do this exercise that you aim to squat as low to the ground as possible so you can really get those glutes firing within the exercise.

As you go down lower you’ll call into play all the main muscles in the lower body including the glutes, hamstrings, quads, as well as the core to a large extent. 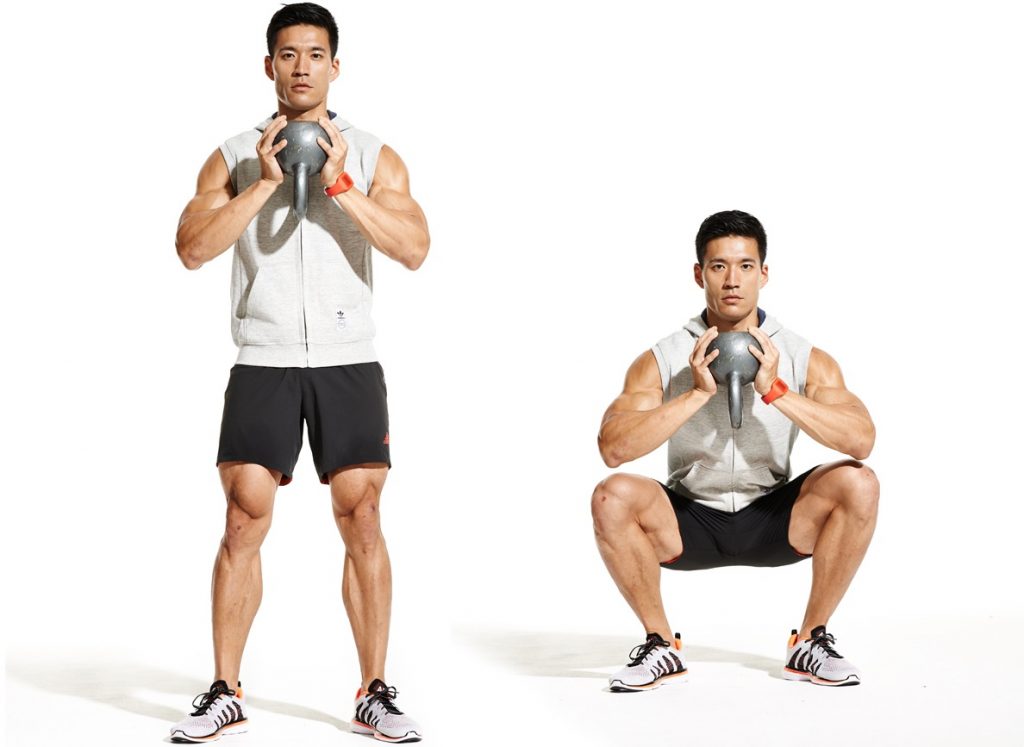 The next exercise to perform for the quads is the one-arm kettlebell split snatch. This is a good multitasking exercise for hitting the shoulders at the same time, so by using it, you can potentially cut back on the total amount of work you have to do.

Be sure when performing this exercise that you watch the overall placement of the back and spinal column. You should try and stay as upright as possible in this kettlebell exercise to prevent lower back pain from developing.

This movement will replace the standard dumbbell deadlift and is great for developing stronger hamstrings and lower back. As you execute the movement, try and keep up the tempo rate so you’re getting a good degree of fast-twitch muscles firing. 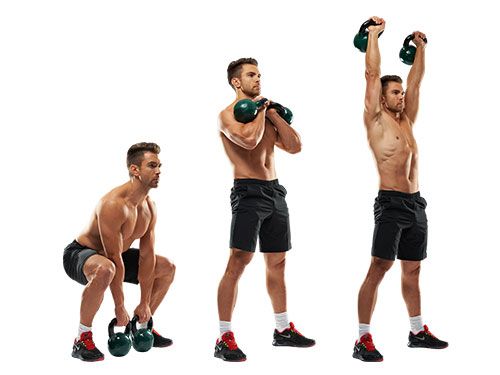 Since the chest is one of the biggest muscles in the lower body, it’s going to be important that you’re also being sure to work it as well. The alternating floor press will do just that and will also work the deltoid muscles as they struggle to maintain balance throughout the lift.

Try and keep the movement pattern in a direct upwards direction as you progress to prevent injuries and make sure you target the muscles correctly. 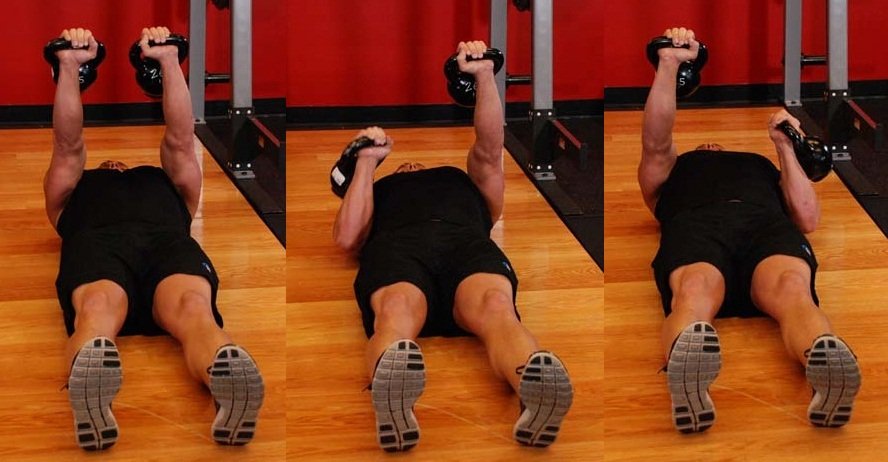 Just like the floor press will stimulate the bench pressing motion, the seated press will simulate a shoulder press. Since this exercise is performed sitting entirely on the floor, you’re going to find that it really takes any momentum out of the movement pattern, helping you see better shoulder results.

Many people who do standing shoulder presses wind up with back problems eventually due to the natural way that their back takes on as they progress through the movement, but with these that won’t be an issue. 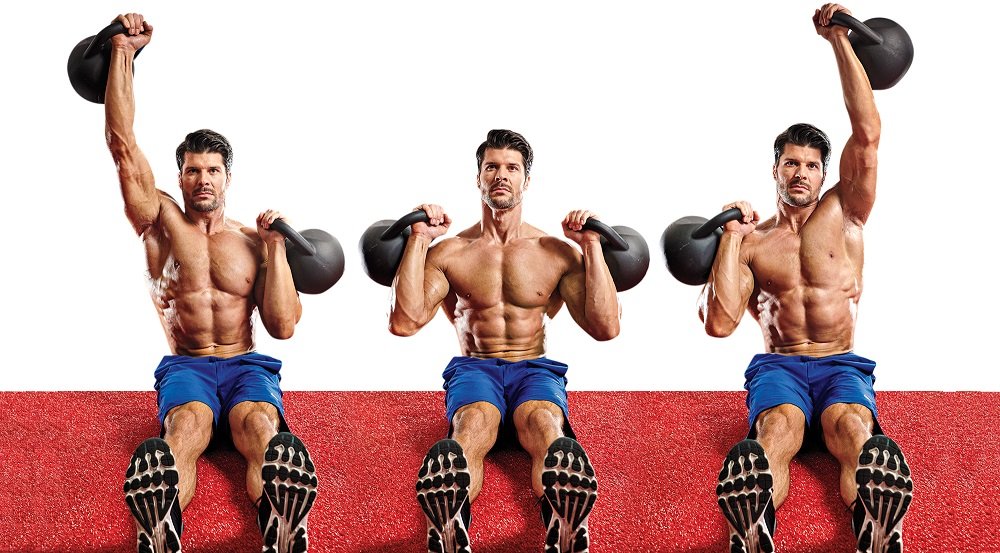 so, are you looking for an exercise that really hit those back muscles while helping you get a lean set of six-pack abs, this kettlebell exercise will do the trick nicely.

Since at points throughout the movement you will be required to maintain a high level of balance this will cause the abs to contract maximally deep within the core.

This kettlebell exercise may take some time getting used to, so if at first, you aren’t quite able to do it, keep trying because eventually, you should get the hang of it.

The abs will get a decent workout with any of the kettlebell exercises you perform mentioned above so typically you will not have to do a lot of additional ab work for them. If you are someone who does prefer to do a couple of exercises however or you are really looking to dramatically boost the overall strength you see, then you should consider a kettlebell figure 8.

As you pass the kettlebell from one hand to the other you’ll also work the shoulders to a degree, further increasing the benefits you see from this movement.

Kettlebell Turkish Get Up

A second exercise for the abs that you may want to consider performing is a kettlebell Turkish get up. Because of the nature of this movement, it will also stimulate the quad muscles as well, so it’ll be good to add if you’re performing a lower-body or full-body workout. Be sure that you perform this kettlebell exercise on both feet however so that you work each leg equally.

One muscle group that many people find they struggle with often and aren’t entirely sure.

what they can do to increase the results they see from training is the forearms.

Generally, with most programs, your forearms will begin to get stronger as you perform heavy upper body lifts such as bench press, bent over rows, or shoulder press.

but adding in a movement that serves to directly work the muscles is also a wise decision.

The bottoms-up clean from a hang position is great for targeting the forearms so it can be added towards the end of your workout to finish the muscles off.

You should avoid doing this earlier however as if you’ve pre-exhausted the forearms, initially you might find that this really hinders your ability to lift heavy during the other upper body kettlebell exercises that have been described.

So next time you’re looking for a change of pace with your workouts, consider trying kettlebell exercises. They will really challenge your body in a new way and should help spark some new gains. 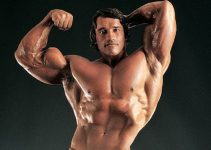 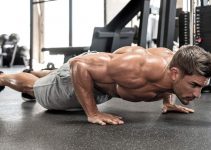