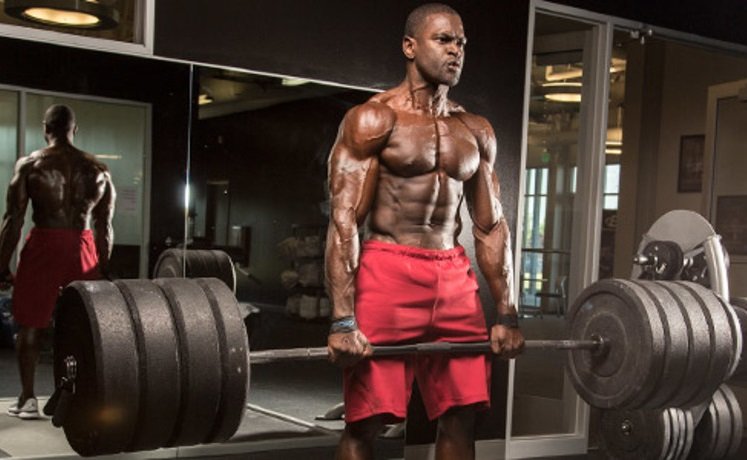 But that’s not the case. All of the amino acids are important in one way or another and ignoring can be a big mistake.

WHAT CAN ALANINE DO FOR ME?

Let’s take alanine for example. Most feel that alanine, a nonessential amino acid, has no place in an amino acid formulation. But they’re wrong.

During exercise skeletal muscle releases alanine into the circulation in direct proportion to the intensity of the exercise. However, although yielding much-needed energy, this catabolism of BCAAs and cellular protein (to produce glutamine and alanine) is counterproductive. Any loss of amino acids is detrimental if they could have been used to maintain or increase skeletal muscle mass.

HOW DOES ALANINE WORK?

During the three hours of exercise, 51g (69%) of the alanine was actually oxidized to provide 10% of the total energy needed for the training session. In this study very little of the nitrogen from the supplemented alanine was lost in either urine or sweat, a situation which led to a positive nitrogen balance during the workout.

Another interesting result is that alanine, which is usually exported to the liver from muscle, was actually taken up by muscle and used as fuel directly in the muscle without going to the liver first to be converted to glucose which then, in turn, is shunted to skeletal muscle.

As well, the alanine decreased ketogenesis, likely because the alanine by serving as a direct (oxidized directly in muscle – alanine is deaminated, and decarboxylated to form pyruvate and through the action of pyruvate dehydrogenase enters the Krebs Cycle as acetyl-CoA) and indirect (acting as a substrate for gluconeogenesis – pyruvate is carboxylated by pyruvate carboxylase to oxaloacetate) fuel source decreased the need for the use of ketones as fuel.

The concentration uptake of some amino acids (i.e. those transported by sodium (Na+)-dependent mechanisms into muscle and liver cells) can increase cellular hydration, thereby triggering a protein-anabolic signal.

Such a case has been postulated for both glutamine and alanine. In one study it was concluded that “it seems plausible to conclude that stimulation of K+ inflow plays a major role in the mechanism of alanine-induced stimulation of protein synthesis through changes in cell volume.”

WHO SHOULD USE ALANINE?

Many bodybuilders are on a restrictive diet that may include little else besides large quantities of these three foods for months at a time and some bodybuilders stay on this kind of restricted diet almost year-round.

Thus some diets, especially calorie-restricted diets, maybe moderately or even severely alanine deficient making high-quality protein and/or alanine supplementation a necessity. Since alanine is a nonessential amino acid, can’t the body make it as it needs it? Yes, it can but alanine synthesis by the body is part of the problem.

One way to increase the availability of specific amino acid, whether essential or non-essential is to cannibalize cellular structural and contractile proteins and use the needed amino acid as it’s released. In the case of nonessential amino acids, they can also be formed from other released amino acids. As noted above both processes contribute to alanine production.

In general, if there is a deficiency of or need for anyone amino acid (AA) then the body will catabolize body proteins in an effort to supply the needed AA, regardless of why the AA is needed; whether for protein synthesis of needed proteins and enzymes or for gluconeogenesis (the conversion of amino acids and other substrates into glucose).

Thus, the use of exogenous alanine prior to and after exercise might be expected to decrease exercise-induced proteolysis and increase the availability of intracellular AAs for protein synthesis.

It has been shown that the amino acid alanine has effects on both insulin and glucagon and raises plasma glucose concentrations in diabetics, and can produce sustained glucose recovery from hypoglycemia. As well it has been shown that alanine decreases proteolysis and is a potent stimulus for protein synthesis.

Although the mechanism of this action has not yet been determined, it is felt that this increase in protein synthesis might be secondary to the provision of an energy source or an increase in cellular hydration. The uptake of alanine increases the intracellular content of K+ and cell volume.

The use of exogenous alanine would decrease the need for catabolism of muscle, and provide a stimulus for protein synthesis both directly and by helping to maintain the intracellular pool of free amino acids by decreasing the use of other amino acids for alanine production. As well exogenous alanine would provide extra energy for anaerobic muscular contraction both by allowing BCAAs to be oxidized if need be rather than used to produce alanine and by providing an increase in hepatic and systemic and thus intracellular glucose availability.

A diet low in alanine should be supplemented with alanine-rich protein foods or supplements. The supplements that consist of whole protein, hydrolyzed protein or mixtures of amino acids, offer a low-calorie source of alanine and other amino acids. These supplements are not merely useful convenient alternative food choices, but necessary for protein synthesis and the maintenance of lean body mass.

Because of its anabolic and anticatabolic effects, a case could be made for alanine supplementation for all athletes wishing to maximize lean body mass and performance, regardless of dietary alanine intake.