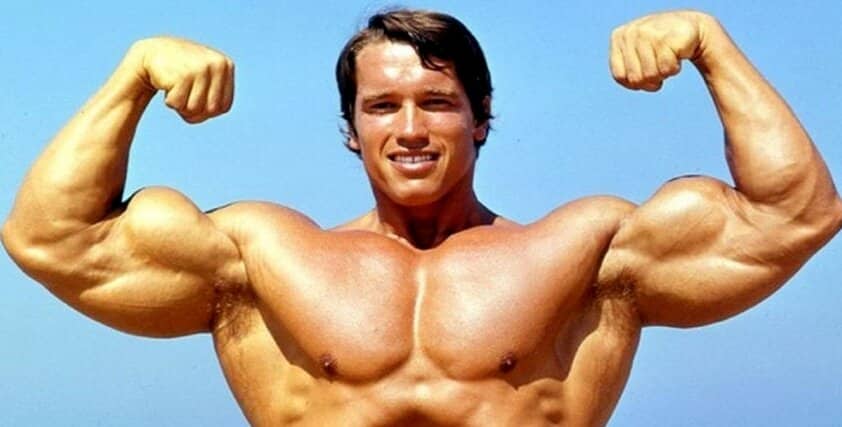 Combining the Biceps and the Triceps gives the same great results, and according to some even better, than training them separately. And this obviously saves you a training day every week. I’m an isolative freak. I’ve seen the benefit of giving muscles separate training days. Increased concentration, increased intensity and increased pump.

Muscles respond better if you give them the attention they deserve and need. But training Biceps and Triceps together needn’t be a negative thing, in fact, it has several uses you couldn’t achieve when training them alone. Of course, we need to outline a few rules to do this.

We need to use the measure of super-setting two different body parts. That means combining a triceps exercise with a biceps exercise to form a single set. Like a circuit. If we train one before the other we’re back in the same strait. Though switching from week to week can solve some of the problems in that area, it doesn’t have an added benefit and it would still be better to train them at a separate time, during their own training. Only by super-setting do you make sure that you train both muscle groups with similar intensity.

You hit one muscle after the other, never leaving much time between them and that allows you to preserve intensity through the workout. The alternating fashion also takes the complacency out of it that you sometimes get with single muscle training.

The Biceps and Triceps Intensity Factor

One of the reasons this kind of training is such a good idea is the intensity factor you get from it. Super-setting is not easy, on top of that you are fatiguing and working a larger area to the point of exhaustion and you are using a high rep range (combining two exercises means 16-20 reps a set) that works oxidative.

So that means you’ll be catching your breath as well. All this means longer rest-times between sets and extreme focus to stay with it. It’s not for the weak at heart. That’s why I advise beginners and early intermediated to warm up to this fashion of training by alternating exercises and not sets. That means something like doing 4 sets of barbell curls, then 4 sets of Skull Crushers, 3 sets of alternate curls, 3 sets of press-down…

The reason is that people in these stages often already use rest-times that exceed 45 seconds and that the breathing factor often makes it difficult to see when you are ready for the next set, and that they would be taking too long between sets to keep it effective if they jumped in and did the super-sets right off the bat. But the idea is always that you have to work your way up to the supersets because they are what offer the added benefit of synergistic training.

Sometimes a muscle will absorb all the energy and not leave much for the second muscle being worked. While this is not a real issue because by that time it is already stimulated to a point and will do its share anyway, in the name of equality and the goal of symmetry, it is still best to do the biceps exercises first in the supersets one week, and the triceps exercises at the end. Don’t think that because one is lagging you should keep training it first, it may be that the latter muscle gets more stimulation because of the exhaust effect.

So don’t assume, keep switching them a week to week and keep the intensity high. That alone will ensure proper development and that one will eventually catch up to the other. As we will discuss in the next paragraph it is important to combine the angles and here as well it is best that you switch it up, but every other week. Working the inner arm first or working the outer arm first, But I’ll expand on that when we talk about the angle.

The good thing about synergistic training is that you can stimulate a larger area of muscle. You would be negating the effect if you were training the inner biceps and outer triceps in one set because the muscles are too far apart to stimulate the connective nerves that make the arm whole. That is why, when making a superset, that you have to make sure that, though they hit different muscle groups, that the angles of the exercises are the same. That means outer triceps with outer biceps and inner triceps with inner biceps, but watch out: It also means upper triceps with upper biceps because both of those are worked in the same arm position. There is no middle bicep, so the combination there is of no consequence because I can hear you thinking ” the middle parts don’t touch, so what about the nerves ?” But when doing an exercise that includes a large portion of middle triceps work, don’t do it as the first exercise, make sure that an area next to it is already fatigued, because that can aid the neuro-muscular connection.

Also, select a middle triceps exercise that leans more toward the side that has already been worked. If you started with outer arm exercises, follow it up with kickbacks and if you did the inner head first, use dumbbell French presses to hit the middle head of the triceps.

Here too there is an element of switching up, which I promised to give some more detail about. The outer and inner areas need equal development as well. So you need to change which angles you work at first from time to time as well. Now don’t do this every week as you would with the muscle group because that would mean you always start on the outside with one muscle and on the inside with the other, which could lead to situations where you have rather weak arms that are very developed in the outer triceps and inner biceps. Instead, switch the angles every other week. That means for two weeks you start on the inside: Triceps one week and Biceps the other and then you switch to angle the third and fourth week to hit the outside, again Triceps one week and Biceps the next.

That way every angle on every muscle gets its turn in the circuit. Here the rule of weaker parts does apply. If the outer arm is weaker than the inner arm, feel free to keep working the outer arm first for several weeks on end by virtue of the priority principle. Since one angle is near the end of a workout and the other at the beginning, the one worked first will get the greatest amount of concentration. But if the sides are approximately the same keep switching up every other week. But try to keep middle area exercises somewhere in the middle of the workout too.

This is called tying up loose ends. When you train arms synergistically you will be getting the same amount of sets as you would training them separately, but hitting both muscle groups. Add in the extra intensity and fatigue factor and you can figure out that this is approximately 2.5 times the work you put in for a normal biceps or triceps training. So if you want to keep this up and keep getting the full benefit you are going to have to be meticulous about nutrition and rest.

Make sure you get plenty of rest before so you are sharp and on your toes for this work, and get plenty of rest afterwards to allow the damage to be repaired fully and growth will become a fact. Of course, you need something to rebuild that damaged tissue with, so you need to get food and lots of it. As any day you’ll be taking care of all your meals and the right balance in nutrients, but for your post-workout meal, don’t be afraid to add a few more calories, and the two meals after that, add some protein and fat. The last thing you want is for your newfound intensity to make you lose muscle mass.

That’s the gist of training arms synergistically. It’s a lot of work on paper and even more if you have to actually do it, but the pump you get from this, and watching your arms swell half an inch to an inch while you train are very rewarding. A great way to keep it up is to measure your arms right before and right after working them. The difference between the arms pumped as opposed to cold is really that big. What you retain of that size is dependent on your rest and nutrition naturally, but it still a big boost. If you feel you need a shot in the arm, give this manner of training a try.