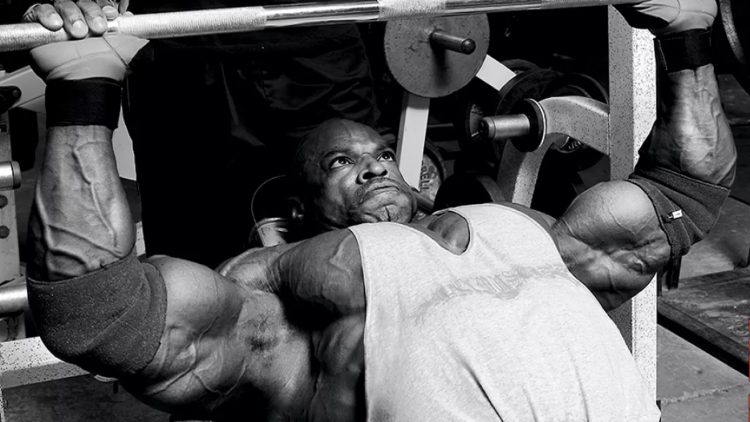 There are two types of supersets. They can be performed on antagonistic muscles such as the hamstrings and quads or on a single, relatively large muscle group such as the shoulders or calves. Supersets are good for any major muscle group because they force a lot of blood into the target area worked, causing a more intense and effective training stimulus. The least intense form (and a good place to start) compounds two types of antagonistic muscles.

Tons of good combinations blast your pecs, quads, abs or whatever muscle group to the limit! Refer to our Anatomy and Exercise section for tons of exercises for each major muscle group. 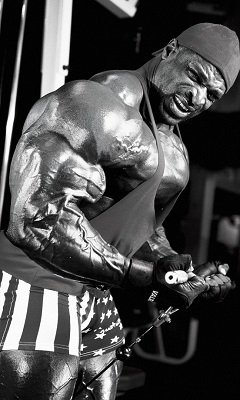 This is a specialized case of Supersets in which one major muscle is fatigued in an isolated exercise then immediately compounded with another exercise which calls smaller, weaker muscles into play. Tony Pearson, Professional Grand Prix winner and five-time winner of the IFBB World Mixed Pairs Championship explains why and how to use this training principle, “When I do bench presses for my pecs, I am also working my anterior deltoids, triceps, and those upper-back muscles which rotate the scapulae. But I am unable to push my pecs to the limit with bench presses–nor with inclines, declines, or parallel bar dips–because my triceps give out long before I have forced my pectorals to contract to the limit. And this is where pre-exhaustion comes into play.”

Pearson continues, “For example, when using pre-exhaustion for my pectorals, I superset an isolation movement like flat-bench dumbbell flyes with my bench presses. If I rest a maximum of five seconds between the sets of flyes and the set of benches, my pectorals will be weakened, or pre-exhausted, to the point where my triceps are briefly stronger than my pecs and anterior delts. Under such a condition, I can push my pecs and anterior delts to the max on basic chest movements.”

“Resting longer than five seconds between such exercise can be disastrous,” Pearson explains, “because the pectorals will recover very quickly if allowed to rest too long after the isolation exercise before you start the bench press part of the superset. Physiologists tell us that a muscle group can recover about 40% of its energy after only 10-12 seconds, and 50% after about 15 seconds. So it should be obvious that you must rest minimally between these exercises when doing torso muscle groups:”

Pearson cautions, “I’d suggest starting out doing 2-3 of these pre-exhaustion supersets. The Pre-Ex Principle is a highly intense form of training, and it can cause your muscles to become painfully sore if you overuse the technique. It’s best to start with a relatively low degree of intensity doing only a couple of pre-ex supersets, then gradually increase training intensity by adding to the total number of pre-ex supersets performed for a selected muscle group.”

The quadriceps are another major muscle that may benefit from pre-exhaustion supersets. Casey Viator, history’s youngest Mr. America at 19 explains, “Many bodybuilders fail to push their quads to the limit with squats because their somewhat weaker lower-back muscles fail partway through the set of squats before the more powerful quadriceps and buttocks muscles have been trained to the limit.” In a case like this, using pre-ex to pre-fatigue the quads is recommended. 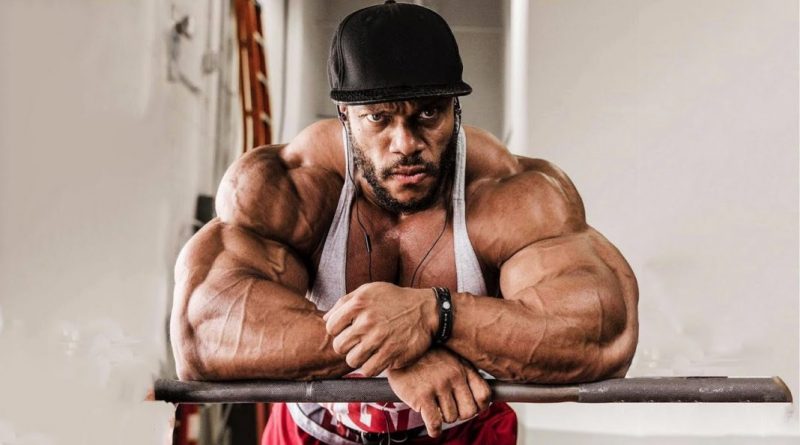 Cheating reps are probably the most fundamental way to train past failure and are just like they sound…reps your cheating on to complete them. For example, say you do a set of barbell curls to failure (in a strict form). When you can no longer complete one rep in strict form, cheat by slightly swinging your torso enough to boost the bar past the point in its an upward movement that sticks and won’t go any farther in a strict rep. This allows you to complete the rep the rest of the way in strict form. When you lower the bar fully resist the pull of gravity for intense bicep-burning.

Only do 2-3 forced cheating reps past failure…more than three are worthless since most of the work will be done by the body cheat and not the prime-movement muscles.

Virtually every bodybuilding exercise can be cheated on. But, remember–only cheat to extend a set past failure–not to provide relief to tired muscles on a set!

“You can encounter a problem with cheating reps,” notes Dr. Franco Columbu (Mr. World, Mr. Universe, and twice Mr. Olympia). “In cheating up the weight in barbell curls or some other bodybuilding exercise, you will find it difficult to impart just enough momentum to the bar to get it past the sticking point. Sometimes you will generate too much momentum, and the bar will virtually leap up to the finish point at your shoulders, requiring little or no biceps muscle contraction. Other times, you might impart too little momentum to the bar, and it will stall out just short of the sticking point, again yielding little or no meaningful biceps muscle contraction. The trick is to impart just enough momentum to the bar to squeeze it past the sticking point, after which you complete the movement solely with biceps strength rather than momentum.”

Dr. Columbu continues, “The best way to solve the problem with cheating reps is to remove just enough weight from the bar to allow completion of a repetition past failure…To illustrate forced reps in action, load up a bar resting on the support rack of an incline bench, setting it with a poundage that allows you to complete no more than 7-8 full positive and negative reps in strict form. With your training partner standing by, take your grip on the bar, then have him assist you in taking the bar from the rack and bringing it to the starting point at straight arms’ length directly above your chest. Start to grind out each repetition in perfect biomechanical form, doing full, solid reps to the point of failure.”

“The moment you fail partway up on a repetition,” explains Dr. Columbu, “your training partner should grasp the middle of the bar and pull upward with exactly the correct amount of force necessary to help you complete a forced repetition with the effectively lighter barbell. For the sake of illustration, you might have failed with 225 pounds, but still have sufficient strength and endurance to do a rep with 210, so your partner pulls up hard enough on the bar to allow the next forced rep.”

“In the same manner, you can complete a second forced repetition, and in some cases a third one. Obviously, your pecs, front delts, and triceps will be growing progressively more fatigued with each succeeding forced rep, so your training partner will be forced to pull upward on the bar with progressively more force. Ultimately, after two or three of these forced reps, your chest, shoulder, and arm muscles will be so fatigued that you won’t be able to force out any additional repetitions.” Dr. Columbu concludes, “At that point, you can terminate your set secure in the knowledge that you have pushed your working muscles far past the failure point, thereby generating a great deal of muscle hypertrophy.”

A third way to push a set past failure is available if you have two training partners. Descending sets, also called “stripping sets” were used by Arnold Schwarzenegger, seven-time Mr. Olympia. 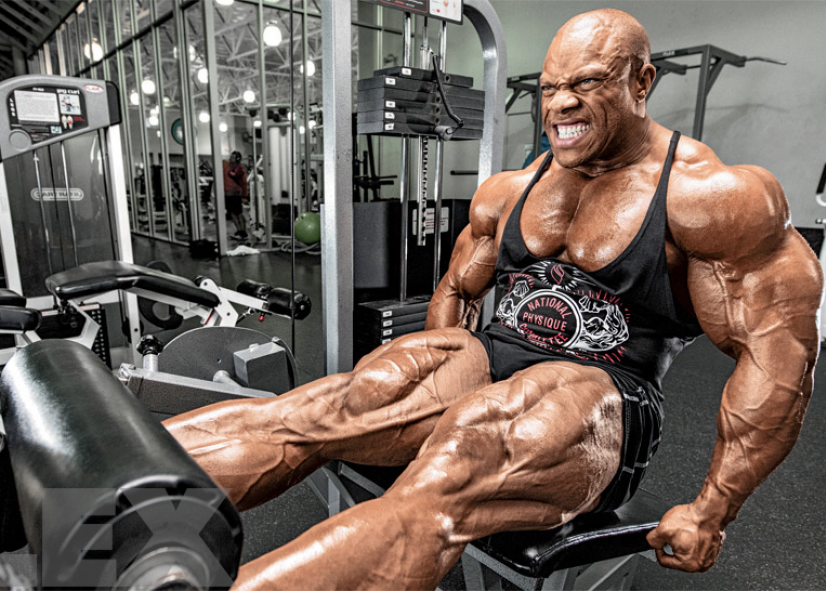 Descending sets are started by stacking equal amounts of ten and five-pound plates on both sides of the bar, but leaving the clips off. While training to failure, your partners remove matching weights off each side of the bar so you can continue to pound out reps. This technique is only for advanced bodybuilders, as it can be dangerous…so be cautious and prudent!

Arnold Schwarzenegger offers some suggestions for doing descending sets without training buddies handy to strip of the weights. “With selectorized weight stacks, you can instantly move the pin up the stack each time you need to strip weight. Alternatively, you can go down the rack on various dumbbell movements, using successively lighter dumbbells each time you need a weight drop.”

Research recommends that the best gains with descending sets can be seen by doing no more than 2-3 weight drops, always on basic exercises such as bench presses. This highly intense formula can reap some awesome results when done correctly.

Forced Reps require one partner to spot you. Descending Sets require two…but what if you happen to be training alone? Burns are the perfect thing for you! Burns profess the use of quick, short partial repetitions after one can no longer complete an additional full rep in strict form.

Burns sets can be done on just about any exercise. There is also a variation of burn which are performed at the finish point of an exercise rather than the starting point. For this variation, you should push yourself until about 90% failure, then get 10-15 burns at the finish point. These are best performed on peak contraction movements…here are some examples:

Sometimes referred to as “retro-gravity” reps, negative reps offer some outstanding benefits such as increased muscle mass and physical power. The negative phase of an exercise is the lowering phase. It requires two sturdy training partners.

OTHER FORMS OF NEGATIVE REPS

These can be done by yourself or with only one training partner.
“Negative Emphasis”

These can be performed only on various types of machines. They involve lifting the weight normally for the positive phase, but for the negative phase only using one arm or one leg, resisting mightily against the descent.

The fly machine will be a good illustration: