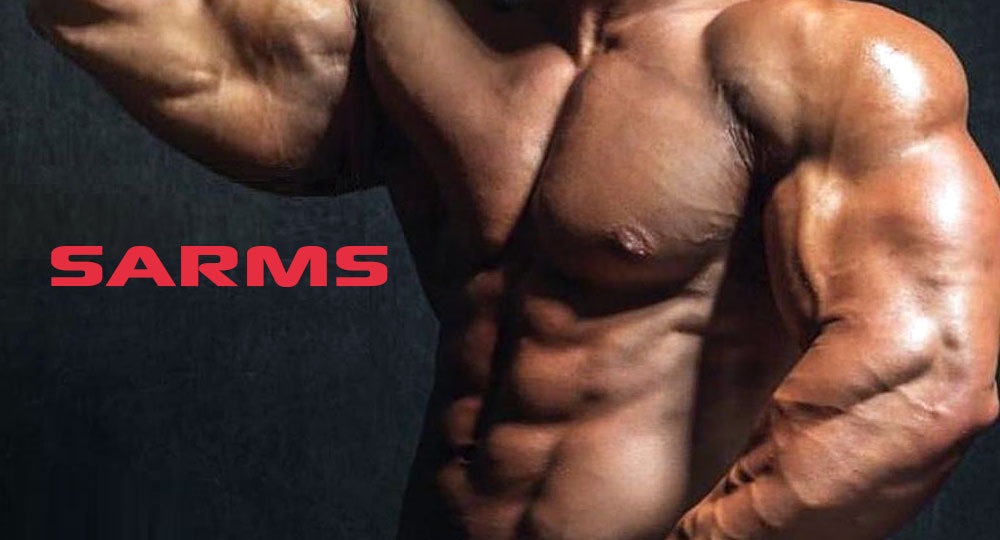 Excitingly, there has been massive development, and a new classification of PEDs has emerged in the last 20 years or so. SARMS, or selective androgen receptor modulators, are a class of compounds that are upending the bodybuilding industry.

The current research on SARMs is promising as they do have similar fat burning and muscle gain potential as steroids. However, there are very minimal side effects. This is excellent news, as no one wants their testicles to shrink, liver destroying, man boobs, or to look like a bearded lady!

SARMs target various anabolic hormones that boost muscle growth and burn fat. Manipulating any hormone can be risky to both your short and long-term health. Therefore, this article aims to make an informed choice about the potential usage of SARMs. Let’s move on…

THE HISTORY BEHIND SARMS

Believe it or not, SARMs were first introduced in the 1940s. They were a multi-purpose medicine used to treat diseases such as hypogonadism, osteoporosis, cancer, and other conditions related to muscle and bone deterioration. This type of SARMs (steroid-based) greatly impacted muscle growth because of its high affinity within the cell’s receptors and chemical pathways (I will explain in more detail as we move through the article).

Nevertheless, SARMs (steroid-based) did have some side effects attached to them, and these included the following:

THE NEXT STAGE OF DEVELOPMENT

Therefore SARMs could be the future in terms of anabolic PEDs. SARMs do have massive potential for muscle gain and fat loss; however, they require a longer course of use, and the literature can’t compare their effectiveness to certain steroids. As mentioned earlier, you can make an informed choice on the best PEDs to use! Keep reading

The bigger picture- steroids work by increasing your testosterone levels; this, in turn, boosts protein synthesis and muscle growth. The side effects are, in essence, the androgenic part of the steroids. Androgens are hormones that induce masculinity, e.g., a deeper voice increased muscle mass, reduce body fat and facial hair, etc.

Testosterone is a major androgenic hormone, and it works on the body in 3 different ways:

Under normal circumstances, the body regulates the production of androgens and should always be ‘equilibrium’ within the cells. When steroids are thrown into the mix, the cells become flooded with androgens, and all of the side effects begin to kick in! This is not good news for any bodybuilder or physique athlete. ‘Why is this the case?’

This means that you will have all of the benefits of muscle growth and fat burning without the decrease in ball size, man boobs, and major organ failure!

HOW DO SARMS ACTUALLY WORK?

As we get older, the muscle tissue deteriorates due to the breakdown and subsequent loss of the type 2 muscle fibres. This type of muscle fiber is very important for endurance, power, and general functional fitness. A decrease in type 2 muscle fibres can hinder daily activities.

It is well documented that resistance training type training can increase and preserve this type of muscle fiber. If you add SARMs into the mix, then lean muscle mass and strength can be boosted in androgenic reduced individuals. SARM’s work on the body via:

THE BENEFITS OF TAKING SARMS

Let’ see what the current research says about the benefits of using SARMs:

Subjects increased muscle strength by x20 compared to a placebo group and continued to increase in strength up to 3 months.

Non-steroid-based SARMs don’t attach themselves to any other tissues in the body. The main attachment focus for SARMs is the bone and muscle tissues.

SARMs have a pivotal role in the treatment of breast cancer. This has been attributed to their inability to convert to estrogen within the androgenic pathways.

The subject’s hormone and lipid levels returned to normal levels without using a post-therapy cycle. No dangers were seen in the study, and although there was suppression in testosterone and HDLs- it was not notable enough to cause any side effects.

SARMs are ‘legal’ if you purchase them for research purposes only. However, since 2008 SARMs have been on the World Anti-Doping Agency list of banned substances. They are on the WADA list because of their potential for misuse for performance enhancement in sports due to their anabolic properties.

Professional athletes should stay away from SARMs. In addition, you can administer SARMs orally, and you don’t have to inject them- which is always a bonus!

THE DIFFERENT TYPES OF SARMS

There are numerous types of SARMs, but there are four main types of SARMs on the market for athletes, bodybuilders, and fitness enthusiasts. These are:

LGD-4033 is also called Ligandrol, one of the most researched SARMs.

LGD-4033 has been examined through numerous studies, and it has produced some very interesting results. The healthy subject who consumed 1 mg of LGD-4033 for 21 days significantly increased muscle growth (1). The higher the dosage, the better the increase in muscle mass. In another study, the cohort took dosages as high as 22 mgs; they had increased muscle mass and no side effects (1). In addition, LGD-4033 stimulates muscle mass, not fat loss, and should not be taken as a fat stripper.

Consume 2-5 mgs of LGD-4033 in a single dose for four weeks. This dose is good for smashing muscle mass on and preventing your natural testosterone levels from dipping. When you reach the four-week limit, wait for one month before beginning another cycle.

MK-2866 is also called Ostarine and has numerous human studies under its belt. The studies discovered that MK-2866 had no significant side effects and is very competent at creating new muscle mass. Subjects consumed 1-2 mgs of ostarine for a 12-week block. The results indicated that the subjects gained 3 pounds of lean muscle mass and lost about one pound of body fat. In addition, their lifestyle was not changed in terms of diet and exercise. These results are quite impressive as the subject’s activity levels were relatively low and the catalyst for the fat loss was the MK-2866 (4).

The studies indicated that there were no side effects. Anecdotally, individuals reported slightly suppressing their T-levels when consuming high dosages of ostarine for 8-12 weeks. However, the T-levels did return to normal within 3-4 weeks.

The information regarding the correct dose and ostarine is relatively thin on the ground. However, the studies have shown that the best results in gaining muscle tissue and burning body fat are to try around 15-20 mg daily. Complete a four-week cycle, then give your body four weeks off before starting another cycle.

S4, also known as andarine, was the earliest type of commercial SARMs. It was extremely popular before the Beijing Olympics in 2008. However, in 2008 SARMs were ultimately banned for professional athletes. Athletes who used this type of SARMs did report slight increases in strength, gaining muscle mass, and fat loss.

S4 works at a higher level when combined with other SARMs. Fundamentally S4 does work well with both MK-2866 and LGD 4033. Both of these SARMs are suppressive at higher dose, and S4 does stop this from happening. Unfortunately, S4 does have some side effects attached to it!

The big hitter when taking S4 is that it can cause issues within your eyes. Many users report changes in color perception as well as nighttime blindness. S4 binding to the eye receptors is the primary cause of this. In addition, S4 on its own is probably the weakest type of SARMs and therefore seems a less attractive proposition than the other types of SARMS.

If you decide to give S4 a shot, consume 2x25mgs doses daily. Then complete a four-week cycle and give your body a four-week flush before starting another cycle.

RAD 140 follows the same hormonal pathways as testosterone, and it has the following benefits:

There are no documented side effects of using RAD 140.

Consume 5-10 mgs of LGD-4033 in a single dose for four weeks. This dose is good for smashing muscle mass on and preventing your natural testosterone levels from dipping. When you reach the four-week limit, wait for one month before beginning another cycle.

SARMs are a far safer option than conventional steroids. They benefit from gaining muscle mass and stripping the body but without the side effects. If you’re a professional athlete, then you should avoid them as WADA bans them. However, if you are an amateur bodybuilder and want to build muscle mass and lean without destroying your health, why not give SARMs ago!