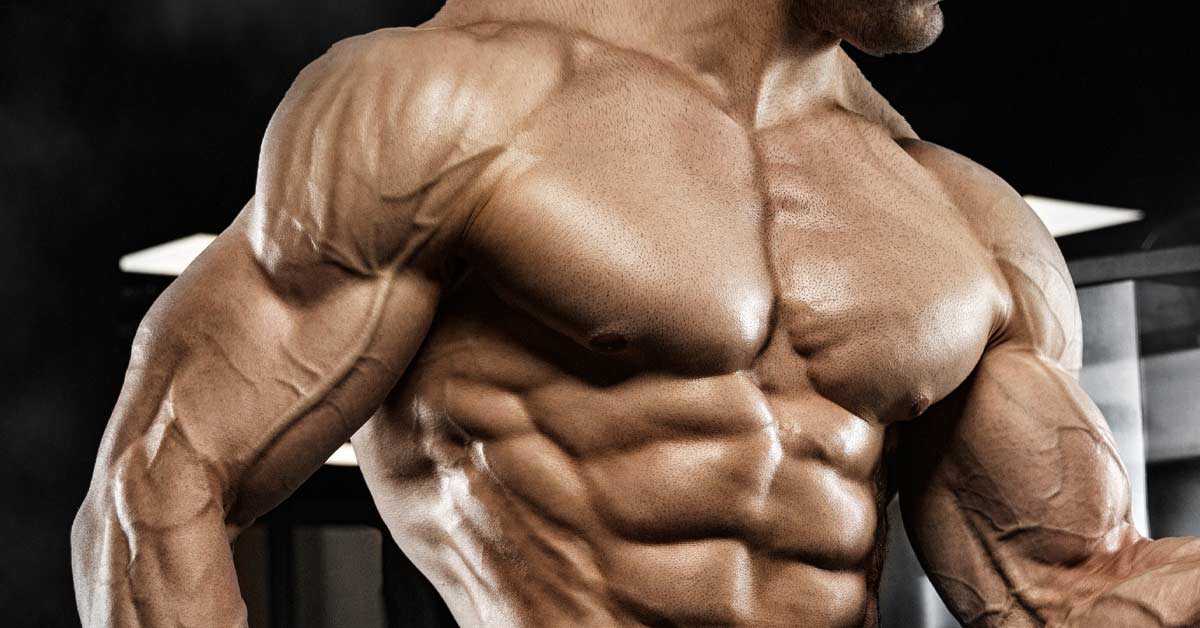 Okay, you’ve heard it all before, but I’m still going to have my say on the best supplements for muscle growth. Everyone has their favorites, and I’m no exception.

But I think that many get carried away and take excessive amounts in the hopes that they will somehow reach a saturation level, which will catapult them into steroid-like growth. Let me settle this; there is no such realm!

The market offers a vast selection of bodybuilding supplements that make confusion, especially for beginners in weight training and lose track of things. It is praised every single product in the sky to sell it; it does not matter if it is useful or completely useless.

In this article, we will show you a brief overview of the Best Supplements For Muscle Growth that really work for building muscle and strength.

NOTE: Supplements are dietary supplements and can not replace a healthy and balanced diet. They are for support only.

All supplements recommended here are used by us or have been tested by us and at least as good.
We would like to mention that this is not a purchase request! We would like to help the undecided or newbies in this field to make a good decision when making a purchase.

This article is not for marketing or promoting any product.

The Best Supplements For Muscle Growth

# 1 The combination of creatine and beta-alanine to build muscle

Creatine is added as a food supplement, whereby it is an endogenous substance. It works in the muscle group and helps you quickly replenish your reserves.

Creatine serves as an energy source for your body during short-term exposure to maximum strength and hypertrophy area. By taking creatine, you can increase your strength.

Creatine monohydrate is effective at inducing hypertrophy in about 75% of users. Some research suggests that its effects come from enhancing protein synthesis, while others suggest it enhances hypertrophy by drawing water into cells, thereby providing additional size to muscles.

Although creatine is absorbed rather easily into the system, there are several ways to enhance creatine absorption even faster. Most folks mix their creatine with simple carbohydrates and sometimes protein; both enhance insulin release, which will, in turn, enhance the uptake.

Beta-Alanine (C3H7NO2) is a nonessential amino acid and is the only naturally occurring beta-amino acid.

Whereas á-Alanine is found in many food sources, including eggs, meat, chicken, plants, and some dairy products, beta-Alanine is made in the body by the enzyme beta-ureidopropionase via beta-Alanine Synthase. beta-Alanine is a breakdown product from carnosine and is also a component in pantothenic acid (Vitamin B-5).

according to a study if creatine and beta-alanine are combined they can be one of the Best Supplements For Muscle Growth, they also bring more power and endurance

the creatine is for a power boost in the low repetition range, and the beta-alanine inhibits acid production in which it keeps the pH level in your muscles stable.

Those who train to intend to build muscle will generate its energy mainly from the cleavage of ATP (adenosine triphosphate).

If you no longer have ATP available, you will lack the power for the heavyweights. This is where creatine comes into its own and unfolds its effect, transforming itself into creatine phosphate in the body and transforming ADP back into ATP.

The beta-alanine in your muscles is converted to carnosine, which keeps the pH level in your muscles stable, providing extra ATP as it prevents the muscles from over acidifying.

Out of the many protein sources out there, whey protein is the ultimate. It comes from milk. During the Cheesemaking process, whey protein is separated out. Protein is found in a variety of foods -mainly meats, such as fish, beef, and chicken.

Whey protein known to be one of the best supplements for muscle growth; Whey protein powder is suitable for anyone who fails to get enough protein from the natural diet.

It serves to build muscle and fat loss. It can be taken before exercise or after strength training in the form of shakes that are dissolved in milk or water.

Whey protein promotes muscle growth, stimulate regeneration, and also tastes very good because it exists in many different flavors. It is very digestible and absorbed by the muscles very quickly. 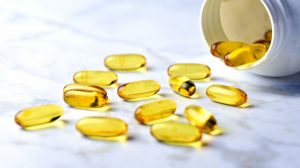 Although most fats are not vital to the body, so is the omega-3 fatty acids are very different, which are among the few essentials that the body can not synthesize itself. Therefore, supplementation or diet is required.

Omega-3 fatty acids not only regulate the permeability of your skin to water but are also the biological components of membranes and the precursor to tissue hormones.

As a supplement, these are one of the most meaningful and should not be considered only by strength athletes, even non-exercising ones, the benefits of which are paramount.

Besides, protein synthesis, hormone production, and cell metabolism will be improved 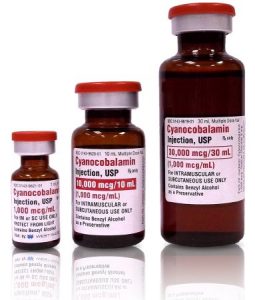 Nearly every German suffers from a vitamin deficiency of these two vitamins, and hence these are also known as the two vitamins deficient.

Even if you eat a healthy and balanced diet, vitamin deficiencies of these two vitamins are likely. You can find out by a blood test at your family doctor if you have a defect.

Exposure to the sun is essential To get natural white vitamin D3, It is also possible to get vitamin D3 through the diet but in very very small quantities.

The skin produces 90% of vitamin D3. Vitamin D3 performs a variety of tasks in your body, including physical defense, maintaining healthy bones, proper muscle function, and playing a role in cell division.

It also plays an essential role in muscle building, as it is indispensable for testosterone production.

Cyanocobalamin or Vitamin B12 is, in turn, contained in animal products and belongs to the group of cobalamins. Vitamin B12 deficiency is more common in vegetarians.

It plays a role in almost every metabolic process in protein biosynthesis and the body’s own regeneration and releases the energy reserves of your body.

BCAAs (Branch Chain Amino Acid) are the most abundant amino acids in the body and consist of leucine, isoleucine, and valine. It involves and branched amino acids and are involved in the formation of muscle.

These are the only amino acids used directly in the body without passing through the liver first.

The body immediately uses them in the skeletal muscle, and hardly any energy is needed for recovery.

Benefits and effects of BCAA’s:

It is the most abundant amino acid in human muscle tissue. About 60% of the muscle’s own amino acids are glutamine.

It is found in large quantities in skeletal muscle and plasma and has many functions, including the transfer of nitrogen between organs and the detoxification of ammonia, acid-base regulation in the body, a precursor to the synthesis of nucleotides and fuel for cells of the gut lining and immune system.

Its effects are classified as anabolic as well as immunostimulatory. I would bet a year’s supply of glutamine that if you were to ask someone in the gym what glutamine does, that person would respond, “It helps the immune system.” Glutamine is most famous in the sports industry for its role in immunity. Other claims being made about glutamine include its cell “volumizing” effect, stimulation of muscle protein synthesis, glycogen repletion, and synthesis, improved muscle repair, decreased muscular soreness. And improved high-intensity performance

endurance and strength athletes will benefit from using glutamine. It is a diligent helper in the fat burning, boosts metabolism, and strengthens the immune system.

Skeletal muscle is a major player in the release of glutamine during times of need. It has even been hypothesized that skeletal muscle releases the majority of glutamine into plasma when required by other tissues. However, during these times of extreme need, as in the case with the overtraining syndrome (OTS) and intense exercise, more glutamine is required than the body can produce. This is why glutamine has been declared a “conditionally” essential amino acid.

It is during these times that it is necessary to supplement because the body cannot synthesize enough to meet demands. Glutamine supplementation is also used in patients suffering from gastrointestinal disorders such as Crohn’s disease, irritable bowel syndrome (IBS), and peptic ulcers because the lining of the digestive tract has the highest turnover of cell production and preferentially uses glutamine stores. It is also used for the treatment of AIDS, cancer, burn victims, autoimmune diseases, fibrosis, stress, fatigue, and alcoholism. It has also been suggested that glutamine stimulates the release of growth hormone

NOTE: It can be combined very well with the other supplements.

L-arginine has a stimulating effect and dilates the vessels. This not only causes a pleasant feeling and a firmer appearance but also improves the supply of nutrients to muscle cells and, therefore performance. L-arginine also allows you to combine strength training and fat burning while strengthening the immune system.

Science provides evidence of extremely positive effects on body composition. Tests have observed a change in the distribution of weight in the body in the event of significant overweight. This means that daily consumption of L-arginine has resulted in fat loss in addition to weight training.

Associated with strength training, L-arginine can also have a beneficial effect on bodybuilding. Immediate performance gains during training result from the improved nutrient intake. Thus, in the medium term, training weights can quickly increase, thereby stimulating bodybuilding. Optimal bodybuilding is achieved when L-arginine is combined with other food supplements promoting development and performance, such as BCAAs or creatine, the absorption of the latter being improved thanks to the dilation of the vessels.

Another effect of L-arginine at the origin of its great popularity: it promotes the production of HGH, the human growth hormone. HGH is produced by the pituitary gland and is responsible for all growth processes, including muscle growth. As a single substance, this hormone can multiply the number of muscle cells in the body. The secretion of this hormone increases during strength training, and the consumption of L-arginine can increase HGH production by several hundred percent.

L-Taurine is an amino acid found on several levels of the body, including the brain, muscles, and even the retina. It plays different roles and is particularly essential for the development of the nervous system. However, it was its use in energy drinks that made it famous. L-Taurine is now often associated with effects on tone and vitality and is offered as a nutritional supplement.

By studying the benefits of L-Taurine, researchers have highlighted positive effects to improve physical performance. Scientists have not only seen benefits in muscle strength but also reduced pain and stress-related damage. These initial results still need to be confirmed by other, more in-depth studies.

ZMA is a mixture of magnesium and zinc. The magnesium leads to a normal function of the nervous system and prevents fatigue.

Zinc, on the other hand, helps keep your testosterone levels within the normal range. Another advantage is the support and strengthening of eyesight.

There are over 60 other essential micronutrients. Keeping an overview here is almost impossible.

If you want to do something for your micronutrients, without paying attention to each one, then you can resort to a multi-mineral. This usually contains all the necessary micronutrients in a tablet and covers the daily requirement.

Which are the best supplements for muscle growth in 2020 and indispensable, or would you fully agree with our list here? Let us know in the comments. 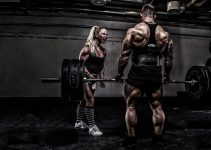 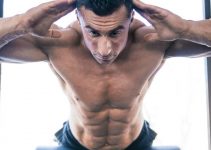 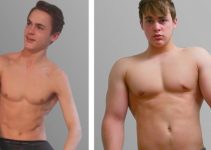