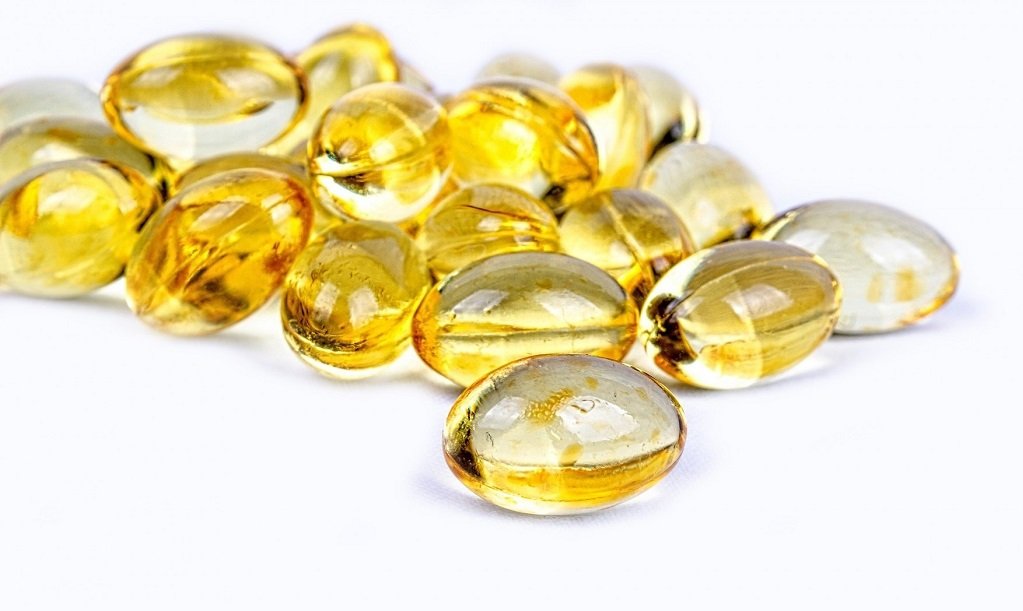 Vitamin D has 2 major forms, vitamin D2, and D3. Among the two the most beneficial to the human body is the vitamin D3 because it controls the level of phosphorous in the blood and calcium that are very important in terms of bone development and growth. Vitamin D2 on the other hand comes from plants and other invertebrates and not naturally form in the human body. This fact makes it difficult to be absorbed by the receptors, which does not give the same effect as vitamin D3. Commonly, D3 is a byproduct of the synthesis of ultraviolet B rays of sunlight making its way through the body’s surface. Sheep are examples of animals that are great sources of this kind of vitamin.

Vitamin D3 brings forth a lot of benefits. One of the many reasons why doctors suggest parents to have their children play under the sun is because it promotes healthy teeth and bones in children and encourages calcium absorption. This is important for bone building and prevention of bone loss which protects people from muscle weakness. The risk of developing this kind of cancers, breast, colon, and prostate is greatly diminished by Vitamin D3. The compound helps a great deal in the functions of the immune system thus counteracting the effects of autoimmune diseases. People suffering from arthritis will find this compound very helpful and at the same time useful.

Vitamin D3 and its Principal Functions.

Vitamin D3 is a type of vitamin that can be attained by exposing oneself to the sunlight for about 20 to 30 minutes a day. In spite of the fact that it is considered as a vitamin, D3 has hormone-like attributes. Once the sunlight hits the skin, the process of synthesis starts beginning with the kidney and liver. Balance is achieved once the essential vitamin is created. Vitamin D3 is responsible for the levels of calcium and phosphorous in our body essential for bone and muscle development.

Better make sure that one would get sufficient amounts of Vitamin D for better health. Vitamin D can also be found in other sources like tuna, sardines, salmon, and dairy products fortified with it.

Taking Vitamin D brings a lot of benefits. It is one of those interesting nutrients because it comes from various sources that other people just take for granted. It is a very important vitamin because it plays a significant role in one’s health. One of the benefits of vitamin D is its role in helping the body absorb calcium, which contributes to bone and joint development.

Vitamin D affects the body’s bones and joints and individuals who constantly take it, they are less likely to suffer from illnesses such as osteoporosis and arthritis. Researchers discovered that one of the significant benefits of vitamin d is it can prevent colon and colorectal cancers.

There many other benefits of vitamin D aside from preventing cancer and strengthening the bones but it can also improve one’s insulin secretion plus lowers risks of cardiovascular diseases. In fact, there are even scientists who think that the intake of vitamin D may aid in preventing Alzheimer’s disease.

One of the best sources of Vitamin D is sunshine. The sun’s ultraviolet rays play a big role in vitamin D synthesis in a person’s body. Sunshine offers the benefits of vitamin D but it can also give you a nice tan if you stay out for a certain period of time.

Today, different foods such as dairy products are fortified with vitamin D. Cod Liver Oil, is a pure and unrefined oil is very rich in vitamin D. Drugstores and supermarkets sell a lot of supplements that contain vitamin D.

Since experts recommended a required 1000 to 2000 IUs, vitamin D3 is readily available for consumption. 15 minutes of sun exposure is already sufficient but if one does not have the time or lives far off north, then one should turn to the former as an alternative for Vitamin D.

Vitamin D is essential in your nutritional needs everyday. For everybody to realize the significance of this nutrient in our health and everyday lives, people should gain knowledge about the benefits of vitamin D.

The most common vitamin D deficiency symptom is unusual pain. If one experiences pain, one can go to a neurologist and take a battery of tests and if it yields negative results, then the underlying cause may be vitamin d deficiency.

A symptom of vitamin d deficiency is pain radiating from their bones. This may be attributed to osteoporosis brought about by a lack of vitamin d for long periods of time. Additional symptoms may include bone fractures, lower back pain, and loss of height, neck pain, and stooped posture.

Changes in behavior can be attributed to a vitamin d deficiency symptom. There would be mood swings, from manic to depression or both. People even call this the “winter blues.” Muscle weakness is another symptom of Vitamin D deficiency. There is a feeling of fatigue and tiredness that accompanies this kind of weakness. This feeling should be differentiated from being sleepy because fatigue is being tired without being drowsy.

Sleep irregularities are another symptom of vitamin D deficiency and since people do not associate these changes with the lack of Vitamin D, they would often leave this symptom untreated or undiagnosed.

It is very important that individuals should get the required amount of Vitamin D. They should realize that sources of Vitamin D are the key to good health maintenance, and it plays a lot of key roles in one’s health development. It plays a key role in maintaining a healthy immune function, and it can protect the person from a number of bone diseases considering it regulates the calcium and phosphorous levels in the body. Vitamin D is essential to a healthy and balanced diet. The body can receive Vitamin D through different natural and supplemental sources. Although the sources of vitamin D are limited it can be procured easily.

One of the most common sources of vitamin D is sunlight. Adults must be open to the elements of the sunlight for at least 20 to 30 minutes per day to get enough vitamin d. People with darker skin or who use sunblocks with high SPFs should be aware that they need to stay longer under the sun for their daily Vitamin D dosage. You should take advantage of the sun if you are a person who lives in the northern or southern latitude because if you will likely get sunlight only 6 months a year.

Aside from sunlight, the second sources of vitamin D are food. Cod liver oil is the best source of this supplement however it is better accompanied by fish like salmon, tuna, or mackerel. In the local supermarkets there are dairy products fortified with vitamin D but be careful when reading the labels because not all of these products are fortified. Other foods such as juices, yogurt, cereals, and margarine contain vitamin D.

Finally, dietary supplements may also be a good source of vitamin D. These can be found in multivitamins as well as single supplements in the form of D2 and D3 though according to health experts, D3 is three times more effective than the former. This is because D3 manufacture the pre hormone called calcidiol and the steroid hormone, calcitriol.

Keep in mind that the sources of vitamin D must always be used in order to avoid certain diseases from consuming our systems.

The role of Vitamin D in everyone’s life is deeply underappreciated. People never realized that Vitamin D has been long known to be a critical component for bone health development and it regulates calcium and phosphorus levels in the body. It plays a vital role in maintaining a healthy immune system and reduces inflammations that lead to chronic diseases like cardiac arrest or cancer. This is why it is important that people should be aware that they can be healthy through the intake of Vitamin D foods

The best sources of Vitamin D food so far are fatty fish such as salmon, mackerel, and sardines A can of sardines can supply 250 IU of vitamin D while a single serving of salmon has about 360 IU. Cod and its liver oil plus Swiss cheese, liver, egg yolks are also rich in this vitamin. Finding vitamin D food sources can be tough because as per the Food and Nutrition Board an adult who are 50 years old and below needs 200 IU while adults that are 51 to 70 should get 400 IU per day, and for those beyond 70, 600 IU.

The other sources of Vitamin D foods are pure unrefined cod liver oils, which contain 1360 IU of Vitamin D. There are food products available in the supermarket which were fortified with vitamin D foods. among other things, orange juice and milk contain 100 IU of vitamin D even if it was only fortified. To supplement your diet with enough vitamin D the American Heart Association recommends eating salmon 3 times a week along with oats and cereals, these sources also prevent cardiovascular diseases.

Since vitamin D foods sources are hard to come by, it is imperative for you to keep sufficient levels of vitamin D. Vitamins are unquestionably essential to everyone’s well-being which is why it is crucial to keep vitamin D in your diet and expose yourself to healthy rays of he sun as it plays a big role in the development and production of muscles.

Vitamin D Toxicity: Is too much Vitamin D bad for you?

You are probably wondering how can a “sunshine vitamin” become harmful to our body. Yes, vitamin D is created by direct exposure to sunlight and it is naturally produced in the human body, which is also fat-soluble rendering it fully harmless. However, vitamin d toxicity may happen if an individual is taking vitamin D supplements. Vitamin D toxicity is a condition that occurs only when you consumed a large amount of vitamin D, which cannot be absorbed by the body. Most people think that there are no risks when using vitamin supplements but little do they know that excessive substances, whether good or bad will cause harm. Anything in excess may lead to disastrous results, for instance, Vitamin D toxicity.

Vitamin D toxicity can be described by the following symptoms.

An effect of excess vitamin D is hypocalcemia, which is an elevated calcium level in the blood. This will lead to anorexia, diarrhea, vomiting, and constipation. If symptoms are ignored, it may lead to disastrous effects on the body such as headaches, joint and bone pains, and irregular heartbeat. The other symptoms may be unnoticed because they are similar to other diseases such as excessive thirst, weakness, and itching, and frequent urination. This can mislead a physician in diagnosing it as a different illness altogether when in fact it is just an excess consumption of Vitamin D. The worst-case scenario is that it may lead to ischemic heart disease and kidney failure due to accumulation of calcium crystals.

Overexposure to the sun may lead to sunburn and not to vitamin D toxicity. Toxicity will not occur when consuming food rich in Vitamin D. On the other hand, vitamin D supplements can be tricky, if given high dosages your bones will start breaking down. So better proceed with caution. Vitamin D toxicity happens once in a blue moon but that does not mean one should take it for granted. It is still advisable to heed the word of a physician when it comes to taking supplements. After all, vitamin d supplements should augment the lack of vitamin d. 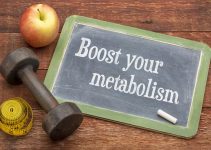 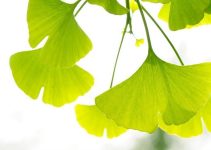 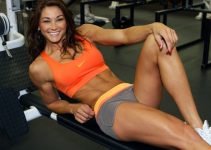 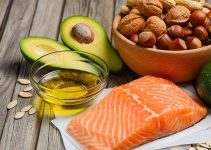