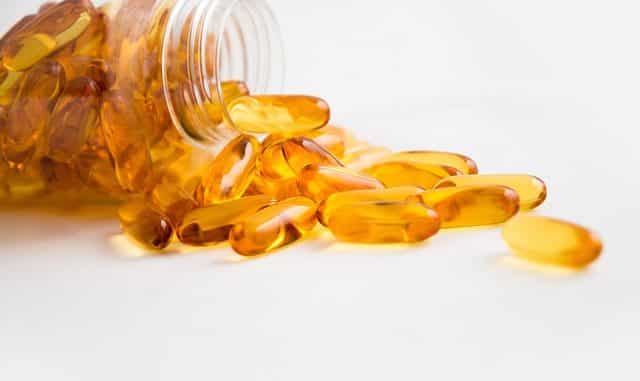 The word fish oil does not sound too appetizing for most people. Often it leads to associations with the slippery, slimy skin of fish. But once cooked, the previously disgusting fish tastes delicious and is also very healthy. It is the same with his oil. As a source of essential omega-3 fatty acids, natural fish oil has many beneficial effects on the human body and health. As a dietary supplement, it can also be easily taken in the form of tasteless capsules. But what exactly are the positive effects of fish oil, how is it gained and may it have side effects? We researched for you.

What is fish oil? – A trip into history

Fish oil is, as the name implies, an oil. It can actually be obtained from fish, but not every fish is eligible and marine mammals such as whales and seals have traditionally been used for fish oil production. That is probably why his alternative name is polar oil because seals are found at the North Pole and whales used to be hunted especially near the poles and in Greenland.

Today whaling is banned for conservation purposes, but once whales were the main source of fish oil, which was used under the name of Tran as lamp oil for lighting. At the time, nothing was suspected of the health benefits of taking fish oil.

Cod liver oil – A small detour on the way

If you inevitably think of cod liver oil with tran oil, you are not so wrong. Cod liver oil is also a type of fish oil. He was never won from whales or seals, but always from the liver of fish. It is produced by squeezing or boiling the livers, especially cod and cod. But many other fish are suitable for the extraction of cod liver oil.

Are cod liver oil and fish oil the same?

No, cod liver oil is, as already said, extracted from the fish liver. Our fish oil or tran oil comes from the fatty tissue. From this, it can also be obtained by heating or pressing. But it can also be knocked out. The extraction from the fatty tissue probably explains why whales were so popular in the production of fish oil. The large whales use large fat pads, the so-called Blubber, to protect against chilling when swimming in cold seawater. Of course, much more oil could be extracted from it than from a smaller and leaner fish.

The end of whaling

Due to the strong hunting, the whales became more and more rare and the whaling paid less and less. Towards the end of the 19th century, the oil was increasingly replaced by petroleum as lamp oil. Today, we light our homes with electricity and whales are strictly protected. Nevertheless, fish oil is still used as a lubricant and in the production of pet food and especially as a dietary supplement for us humans. For this purpose, however, no whales are used but the so-called fatty fish.

What is fatty fish?

Fatty fish are fish whose muscle tissue has a fat content of more than 10%. These include in particular:

salmon
herring
mackerel
escolar
tuna
sprat
eel
dogfish
There are fatty fish in both salt and freshwater. However, only the saltwater fish are used for the production of fish oil for our dietary supplements, as they contain a particularly large number of omega-3 fatty acids.

But what about Omega-3 fatty acids, which make fish oil so healthy? They belong to the unsaturated fatty acids and are necessary for the survival of the human body. Nevertheless, he can not make it himself. Therefore, they must necessarily be taken by food, for example, about the consumption of fish or just in the form of dietary supplements.

Our metabolism processes them for energy production, they are incorporated as part of the cell membranes in each of our cells and the so-called series-3 prostaglandins are made from them.

The latter are hormones that affect not only the reproductive system but also the cardiovascular system.

Fish oil is good for the heart

That would be one of the most important features of natural fish oil. It supplies the body with the omega-3 fatty acids required for the formation of the series-3 prostaglandins. It promotes the formation of good cholesterol, lowers triglyceride levels and blood pressure and prevents the formation of plaques. Plaques are dangerous deposits in the vessels that can narrow the arteries and cause heart attacks. On existing plaques, the intake of omega-3 fatty acids stabilizes, so there is no deterioration of the condition.

In addition, it can reduce dangerous cardiac arrhythmias.

It’s good for the psyche

The main component of our brain is fat, and much of that fat is again omega-3 fatty acids. So it is not surprising that a positive effect of the oil has been found in a variety of mental and brain diseases. Clinical studies have found that especially the omega-3 fatty acid EPA has an antidepressant effect.

It is essential in pregnancy

Prompt increase of Omega-3 fatty acid intake during pregnancy can prevent premature birth. However, you must start taking the supplement before the 33rd week. But even later there are still positive effects. Fish consumption has been proven to decrease the risk of developing postpartum depression and promote baby brain development.

Children of mothers who have had enough omega-3 fatty acids during pregnancy have been four IQ points better in a 4-year test than the control group.

Also in the formation of proteins, so proteins, help omega-3 fatty acids. It is accelerated, which among other things makes the increase in muscle mass faster. This effect is not only popular with bodybuilders. Old people and people who have been bedridden for a long time due to illness or injury or have been unable to use a part of their body often suffer from a weakening of the muscles. Muscle training and remedial gymnastics, supported by the intake of fish oil, can strengthen your muscles more quickly and restore your usual performance.

Also in combination with physical training, omega-3 fatty acids boost the burning of carbohydrates in the body. As a result, less sugar is converted into fat and the formation of new flab is slowed down. At the same time, however, the fish oil also promotes the burning of fat and thus the reduction of existing fat pads. The fat is converted into extra muscle mass and we are all-around healthier and more efficient. 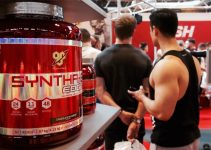