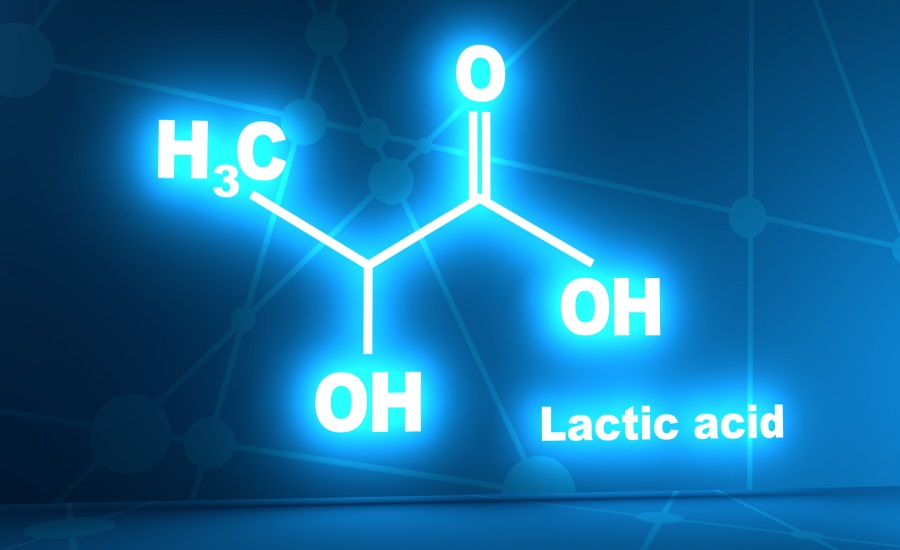 One of the key elements of fat loss is lactic acid. Although it’s seldom mentioned, this chemical waste product may actually be the cornerstone of your weight loss wishes.

You know that irritating “burning” sensation that makes you wonder if this whole “going to the gym and training”-thing is worth it? That fiery little devil is your best friend in the fight to torch fat!

Think of your body like a race car that has two separate booster fuel tanks. You have your rocket fuel — creatine phosphate. This allows explosive actions of very, very high intensity and very short duration. Everything from throwing a javelin, grinding out a one-rep max deadlift, and delivering a powerhouse left hook to an unfaithful ex-boyfriend’s nose would all run off this.

You have the super-charged rocket fuel — lactic acid. This incorporates activities of a longer duration, like when you see your bus leaving its stop, so you sprint down the block at top speed to catch it.

When you get on the bus, you’re panting like crazy. Why? Your body is the bank, you’ve taken out an overdraft in oxygen, and now it wants it back!

What Is Lactic Acid

Lactic acid is a chemical waste by-product created to convert glucose into contraction and movement via a chemical reaction. At this point, the oxygen requirements of the body are beginning to exceed what that body can actually provide.

It’s not actually the lactic acid build up that provides the “burn” that we associate with the onset of muscular failure, but it’s the pyruvate. When glycogen is broken down in the absence of oxygen, it creates ATP and Pyruvate, which creates Hydrogen ions, creating lactic acid.

As these metabolites manifest themselves in your bloodstream, there’s an increase in acidity of the extracellular tissues, and nerve irritation ensues. You ever done drop sets where, eventually, that 10-pound dumbbell may as well have been 75 pounds? That is where the cycle of metabolic waste removal breaks down, and your muscles grind to a halt.

Ever get that feeling? Blame Lactic Acid

This muscle burn begins a chemical reaction in the body, with the take-home fact being that a signal is sent to the brain to regulate the acidity levels in the blood. Growth hormone is produced in large quantities, resulting in your metabolism becoming a super-charged fat furnace.

The New England Journal of Medicine gave growth hormone injections to elderly men (61-81 years of age), and guess what? They all gained muscle and bone mass and lost fat! And they didn’t do one deadlift between them.

But before you run to the local pharmacists to order a bottle, bear in mind that artificial growth hormone has far less potency than the naturally-produced type and has been contraindicated with joint and muscle pain.

On a sports performance note, the good news is that repeated exposure to lactate training “not only prevents lactate build-up but ekes out more energy from the body’s fuel,” according to a respected study by George Brooks at the University of California, Berkeley.

Your body effectively learns to use lactic acid as efficiently as, say, carbohydrates in muscle or sugar in the blood.

Follow this plan for a few weeks, if you dare, and see for yourself that gaining muscle and shedding fat simultaneously can be accomplished.

It’s vitally important that you superset upper and lower body exercises to create a dramatic adjustment of blood pressure and to further enhance the metabolic effect. This also ensures that each exercise serves as a “rest period” for the next one. Because you’re not burning out a muscle group too quickly, this allows you to really lift to your maximal ability.

Please pay particular attention to the tempo. The formula I’ve shown below is expressed so that the first number is the lowering phase, the second number is to pause at the bottom, the third is the lifting phase (with an X indicating as fast as absolutely possible while maintaining control), and the fourth is the pause at the top.

For example, if the tempo is 40X1 on the chin-up, you’d lower yourself for four seconds, don’t pause, come up as quickly as you can, and pause for one second.

Don’t cheat yourself on the weights, either. When you’re aiming for 12 reps, you should have an eyeball nearly bulging out on that final rep. So, with this in mind, here is the ludicrously simple and devastatingly effective workout for those who are time-crunched.

Exercises should be completed in the specified order, one set of each with 60 seconds rest between each set, repeat until you’ve completed three sets of each exercise.

This next workout is a cardio-based plan that I give many clients, which is periodized and still elicits a lactic response without being so gung-ho that they throw up on their first session. They tend not to like when that happens.

You’ll see that you’re adding an additional set to lengthen the workout every two workouts — until the end of the cycle when you begin to decrease the low-intensity interval and increase the high intensity, which increases the difficulty of the workout.

The final workout option is the renowned Tabata Protocol, taken from the Japanese researcher who discovered that you could increase anaerobic and aerobic pathways simultaneously.

Once again, it’s simple but devastatingly effective. It’s beneficial for increases in cardiovascular fitness, anaerobic fitness, and it’s ideal for everyone from a kickboxer looking to get an edge on their opponent to a time-constrained trainee who needs a quick-fix workout.

All you do is go flat-out 100% for 20 seconds and then actively recover for 10 seconds. That’s it. However, for this drill, I wouldn’t use a treadmill because you can’t alter the intensity or incline fast enough.

Let’s use a stationary bike as an example, as Dr. Tabata did in his initial research. Peddle at an easy pace for 10 seconds, then really amp up the resistance and peddle like crazy for 20 seconds. And none of that “spinning” business either — you need resistance to elicit the correct lactic response.

You can use this method with cardio, kettlebells, dumbbells, push-ups, boxing pad work, you name it. Just make sure that if you use a resistance exercise (with dumbbells, kettlebells, or barbells), you don’t mind with the weight because you’re going to be doing this non-stop for four minutes!

My favorite is just doing some dumbbell punches with a lightweight. 20 seconds of punching like my life depends on it, 10 seconds of trying to keep my lunch down, for the full four minutes.

Then you can stagger downstairs, shower, and leave the gym with your kick-ass metabolism and raging lactic acid following behind you.