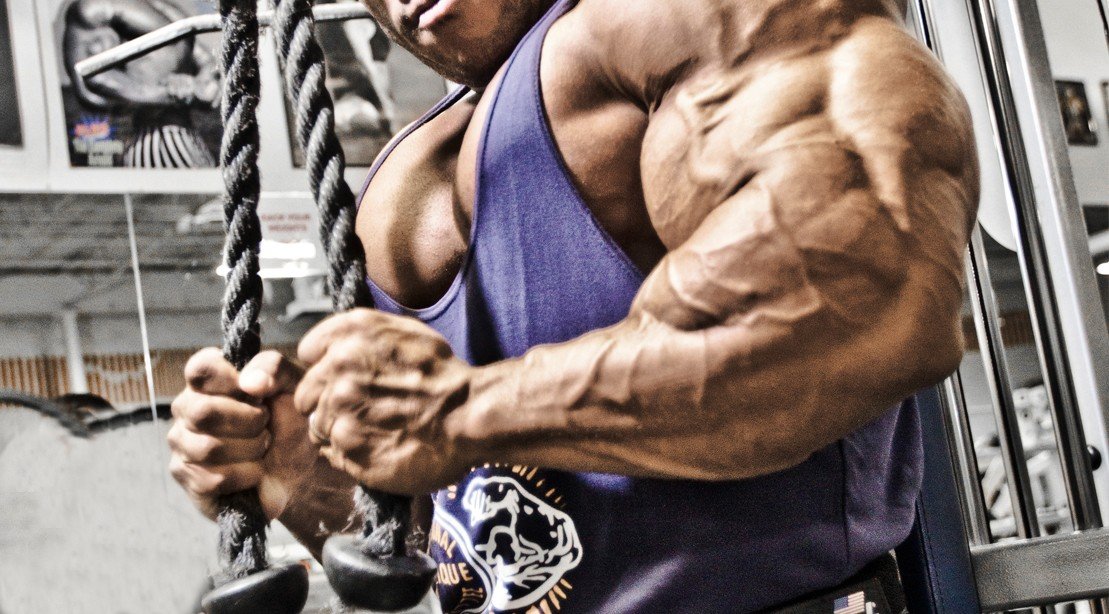 Mechanical loading of your muscles is one of the key principles on which your training should be based. For a long time, however, muscle fatigue has been relied upon as a gauge for the effectiveness of one’s training.

According to tradition, one must work the muscles to momentary muscular failure so as to cause as many muscle fibers as possible to receive a growth stimulus.

Often it is suggested that the fast-twitch, or white, muscle fibers are not even called into action until the last few repetitions of a set. As discussed in support of Hypertrophy-Specific Training, however, a great deal of research suggests that all types of muscle fibers are called into action when the muscles are exposed to heavy enough loads. Because of this, HST emphasizes the heavy mechanical loading of the muscles rather than staying with the lighter weights proposed by many other training programs.

According to the HST convention, you should spend at least a portion of your training with heavy loads approaching your 5 rep max (RM) weight [1-3]. For those readers that are new to the iron game, an RM specifies the maximum number of times you can lift a weight before hitting muscular failure. For example, once you know how much weight you can bench press five times, that weight is called your 5RM for the Bench Press.

Negatives are frequently touted as by far the most effective approach to muscle growth after having worked up to your 5RM with positives. Herein, a simple model is provided to demonstrate the effectiveness of negative repetitions.

Muscles are comprised of many muscle fibers. When the muscles are needed for exerting forces against objects, such as a barbell, the brain sends signals to the muscles via nerves. These signals cause the muscle fibers to shorten, or contract. The precise science underlying muscle physiology is very complex and goes far beyond our present needs. For this reason, we’ll rely on the simpler concept of “motor units.”

A motor unit is defined as all the muscle fibers that are innervated by a single nerve cell, called a neuron. Figure 1 illustrates an ultra-simplistic representation of such a motor unit. When the motor unit is turned “OFF” (i.e., no signal is transmitted by the neuron), the motor unit is not contracted and remains relaxed.

When the motor unit is turned “ON,” it contracts fully, creating a mechanical force F. For a more detailed discussion of muscle function.

Another important feature is that not all of the motor units making up a given muscle are activated at the same time when the muscle contracts. Rather, a sufficient number of motor units are turned on so that the muscle exerts a required level of force. For instance, fewer motor units are required to lift a spoon to your mouth than to curl your 2RM weight.

Moreover, when you lift a heavyweight some of the motor units will begin to fail and turn off. To maintain the force output of the muscle, other motor units are turned on to take the place of the failed motor units. Thus, during muscular contraction, there is a continual turnover of motor units being activated, failing, and being replaced by other motor units and so on.

The more tension placed on the motor unit, the greater is the growth stimulus experienced by the motor unit (within reason, of course). This is one reason why lifting heavy weights is more productive for muscle growth than staying with lighter weights.

Clearly, performing negatives can lead to muscular growth more quickly than concentric or isometric repetitions. Of course, the model described above is pure fiction; you’re not guaranteed to increase your muscle growth by 43% just by doing negatives.

The primary advantage of doing negatives, however, is that not only do your muscles experience greater tension during the eccentric portion of a lift, but also you can generally lower more weight under control than you can lift. Thus, doing negatives is one way you can expose your muscles to greater levels of tension than experienced during concentric lifts.