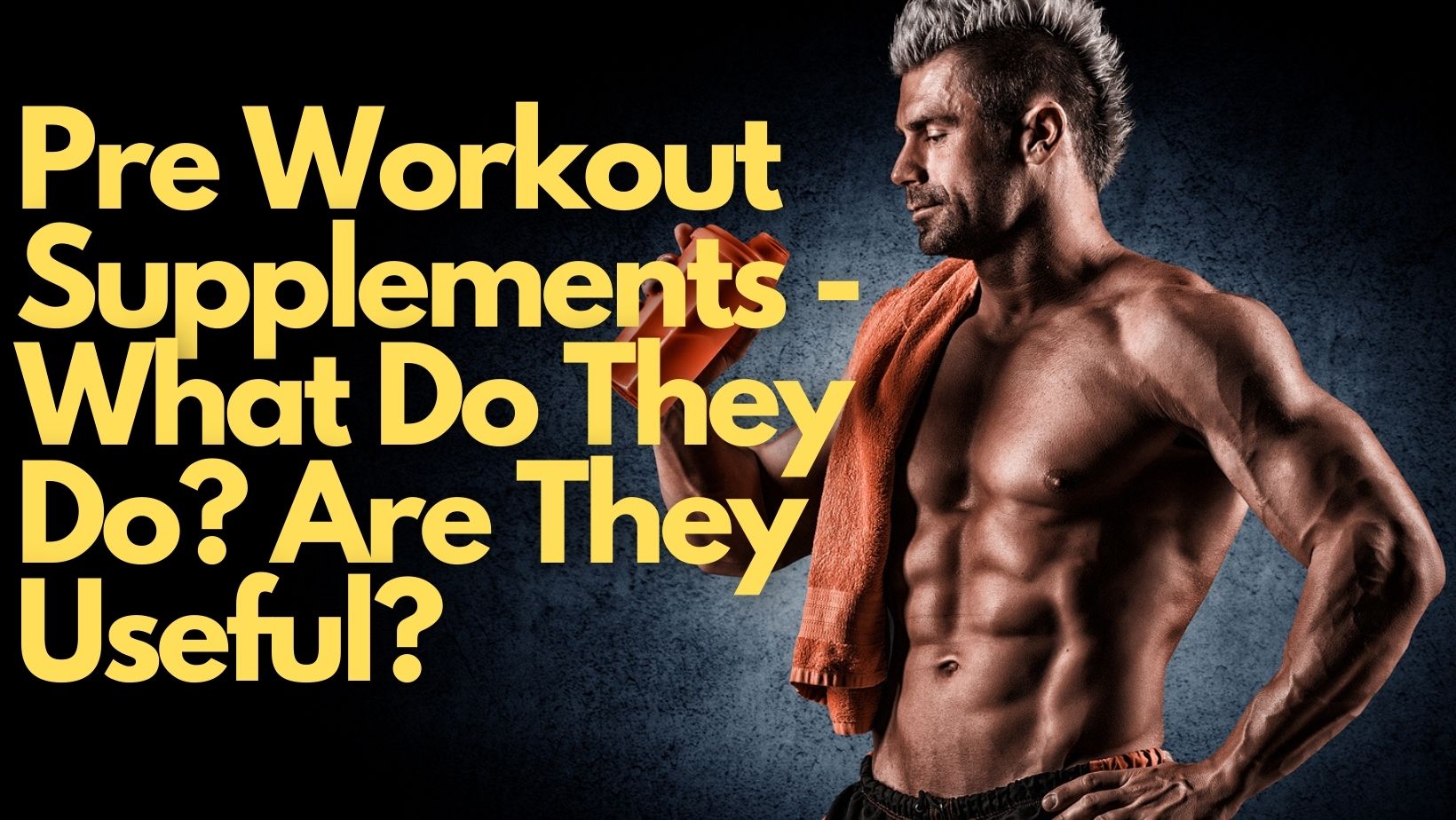 Pre workout supplements are popular. What do they consist of? What do they do? Are they useful? What is the evidence? Are they safe to take? What strikes me is that the most frequently asked question is: which one is the best? And the question not often asked is: do they work? or are they necessary?

This means that the exact amounts are not disclosed, and thus it is impossible to link the potential effects to any of the ingredients. If we want to evaluate the effects of these pre workout supplements, we need to look at the evidence behind each of these ingredients. We will start with some of the most common ones because they must be the most effective ingredients if they are in all products. In the infographic, the most common ingredients are listed according to a recent publication.

Beta-alanine ingestion over a period of several weeks can increase the muscle buffering capacity because the concentration of muscle carnosine may increase. Paresthesia is one of the adverse side effects of Beta-alanine.

The higher the dose, the more severe the side effects. But some people like it because now the supplement you are taking seems to do something, you notice something after taking it, so it must work. The amounts of beta-alanine found in most pre workout supplements are far too small to have these effects. Besides that, the carnosine concentration needs about 4-6 weeks to increase; thus, taking a small dose just before exercise will have no effect.

It is known for a long time that caffeine improves alertness and can improve endurance exercise performance. The evidence that it improves performance during high-intensity exercise workouts and resistance training is much less convincing, but it is possible. Caffeine, in whatever form, would need to be ingested about 1 hour before the workout.

One could also argue that the source of caffeine does not matter. For example, drinking coffee would have the same effect as the synthetic caffeine in most of these pre workout products, so we would not necessarily need a pre workout supplement for this effect.

Branched-chain amino acids, or BCAAs, are a group of three essential amino acids: isoleucine, leucine, and valine. BCAAs are building blocks for protein, and leucine also has a role in turning on protein synthesis. Studies have shown that BCAA alone are ineffective in raising protein synthesis and they would have to be ingested with protein.

One way to do this is a supplement, but chicken has more essential amino acids and more BCAA than most supplements. So why not eat the protein. Besides that, this is not an acute effect, and there is no need to take it before exercise. Studies show that protein post-exercise is at least as effective or more effective. So why not just have a meal after exercise? Also, other claims of BCAAs do not seem supported with evidence.

Citrulline malate is another amino acid produced in the body through the other amino acids consumed. Some studies have used citrulline as a precursor for arginine, with the goal of improving blood flow. The effects have been very small, and several studies have not been able to find any effects.

Creatine is a popular supplement. It is one of the few that has evidence that it can be beneficial in some situations for some people. If body stores of creatine are suboptimal, creatine supplementation for 5 days (high doses of 20 g per day) has been shown to restore the creatine stores.

Studies have shown that higher muscle creatine concentrations are linked to improved repeated high-intensity exercise performance. Creatine ingested at 3g/day for 30 days will achieve the same. However, ingesting 1-3 grams of creatine just before a workout will not improve that workout.

Protein from pre workout supplements and meals will assist the body in enhancing protein synthesis by supplying additional amino acid building blocks. As a result, muscular mass increases. But most sources of protein will do this and there is no need to have protein pre-exercise.

An amino acid, taurine is used in energy drinks. It’s not exactly clear what it is supposed to do and research does not support a role in exercise performance.

Vitamin B12 is necessary for proper metabolism and erythropoiesis. However, no studies show that vitamin B12 affects exercise in any way, especially if there is no deficiency.

You will get the picture by now. We discussed a list of ingredients that are popular in pre workout supplements and we must conclude that caffeine is the one ingredient that may affect subsequent performance. The rest of the products are mostly fillers and marketing gimps. Some products may contain illegal ingredients with unknown health effects or with known negative effects. DMAA is arguably the one that has gotten the most attention.

DMAA is sometimes added to pre workout supplements. The amphetamine derivative DMAA (1,3-dimethylamylamine) has been used in sports performance and weight reduction products, many of which are offered as dietary supplements.

DMAA is linked with a brain hemorrhage, and several deaths have been linked to its use as a dietary supplement. DMAA is a drug and not a natural supplement, and DMAA-containing products marketed as dietary supplements are illegal, and their marketing violates the law in many countries (including the USA, Canada, New Zealand, Sweden, Australia, Finland, the UK, and Brazil. Despite several FDA warning letters as of 2018, the stimulant remains available in sports and weight loss supplements.

For a subgroup of consumers, the fact that they are banned means that they must be very effective! In fact, supplement manufacturers on their websites proudly display that the supplements are banned. A quick google search took me to a website that showed all the “banned” products and mentioned “it is basically legal meth “… There seemed to be some confusion between legal and banned.

DMAA is also included in various products under different names, including the following:

DMAA may have received a lot of attention, but many other ingredients are used in pre workout supplements with unknown health effects. These ingredients are in some cases not even listed on the label.

So, in summary, pre workout supplements are claimed to get you ready for your workout. They contain a mix of ingredients. The user is led to think that the more ingredients a product has, the better it must be.

However, if you have 10 ingredients that don’t work, or 20, it does not make a difference. Having said this, these supplements may work to some degree. They may act as a placebo. They are part of a ritual. The ritual could be a cup of tea, some stretching, some loud shouting, or maybe you could hit yourself in the face a few times… but (with the exception of caffeine), the supplement does not seem to help the workout because of the action of its ingredients.