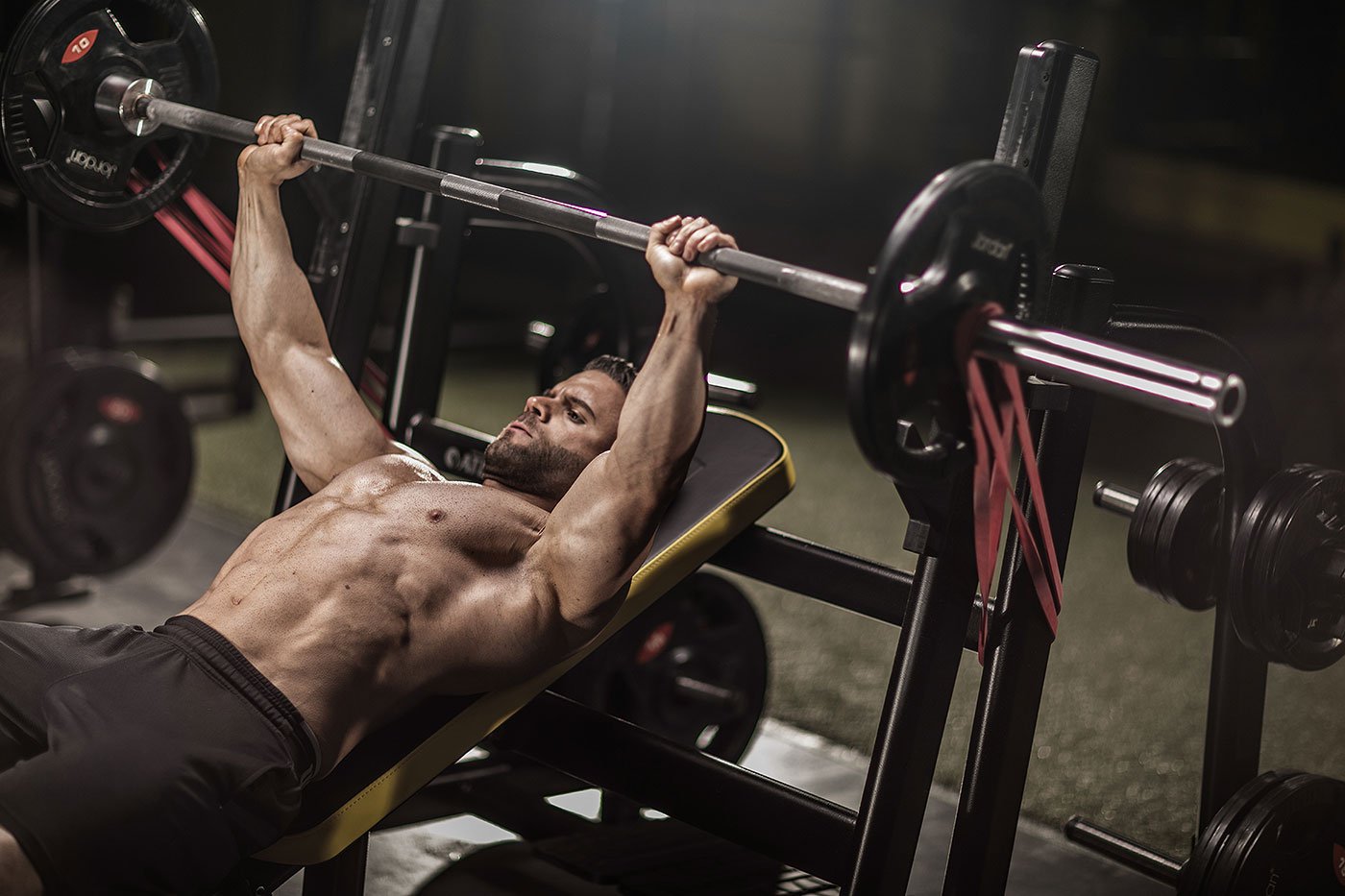 Many people think that strength training is only about gaining muscle and strength without losing fat. This idea is wrong. By developing muscle mass, strength training increases basal metabolism and thus helps to lose fat in the long run. The muscles being heavier than fat, we can certainly take a little weight on the scale but at the same time refine its silhouette. Metabolism is the set of reactions occurring in the cells of our body:

More commonly, metabolism is described as the total energy expenditure of a person.

When we consume fewer calories than our body spends, our body draws on its reserves of fats (triglycerides stored in the skin and around the organs) and sugars (glycogen stored in the muscles and liver). This leads to weight loss. Be careful, it is not about depriving oneself or eating anything: by not eating enough or practicing a sport without a sufficient and balanced caloric intake, the body can be led to draw on the muscle mass. Muscle loss is an irreversible process after the age of 25.

To spend more calories, so increase your metabolism. This can be done in many ways For example, eating consumes energy and therefore increases our energy expenditure. The temperature works the same: a cold shower forces our body to burn calories to maintain its internal temperature. Physical activity, such as cardio training, greatly increases the metabolism, not only during the activity but also several hours later. You will find more information on this topic in our article: how to effectively increase your metabolism.

This same principle is applicable to rest: by increasing its basal metabolism, we will be able to spend more calories during inactivity, for example while sleeping!

The practice of strength training has the effect of developing muscle mass. The engendered muscle gain helps to increase the basal metabolic rate. In addition, during recovery, the muscle consumes energy to rebuild itself, thus naturally increasing this metabolism. Finally, the bigger the muscle, the more energy it needs to work. This is true both during physical activity (endurance sport) and rest (basal metabolism).

To illustrate this principle, take the example of a car. Our muscles are comparable to its engine. Glycogen and fats are the stored fuel when we eat. The fuel consumption of the vehicle depends on two parameters: the size of the engine (its engine capacity) and its activity (the engine speed). The car will consume a lot at high speed or on a hill. It is this principle that is applied in endurance sports: the higher the activity, the higher the caloric expenditure. Now, by increasing its engine capacity, for example by putting a bigger and more powerful engine, the same car will spend more fuel to run because its engine is more greedy. In the same way, by developing our muscles, our body spends more calories, therefore more fat, both during physical activity and at rest.

Endurance sports increase the metabolism for the duration of the exercise and only a few hours later. The effects of jogging, for example, last up to 24 hours after the activity. During high-intensity efforts, such as fractional exercises, the metabolism may remain higher up to 72 hours after exercise! During this period, more fats are burned even during sleep.

In comparison, a bodybuilding session allows to spend less calories but its effect on metabolism is more sustainable. As muscle mass increases over time and the muscle consumes energy throughout its reconstruction, basal metabolism increases. Thus, the body spends more energy at rest. In the long run, more fats are burned.

By combining the regular practice of bodybuilding and cardio training, one can visibly increase one’s metabolism so that more fats are consumed during and after exercise, including during sleep!

Fats are the main source of energy used by our body at rest and during low-intensity physical activity (more than 80% of the energy expended comes from fat). Increasing its basal metabolism, therefore, acts all the more on their elimination.