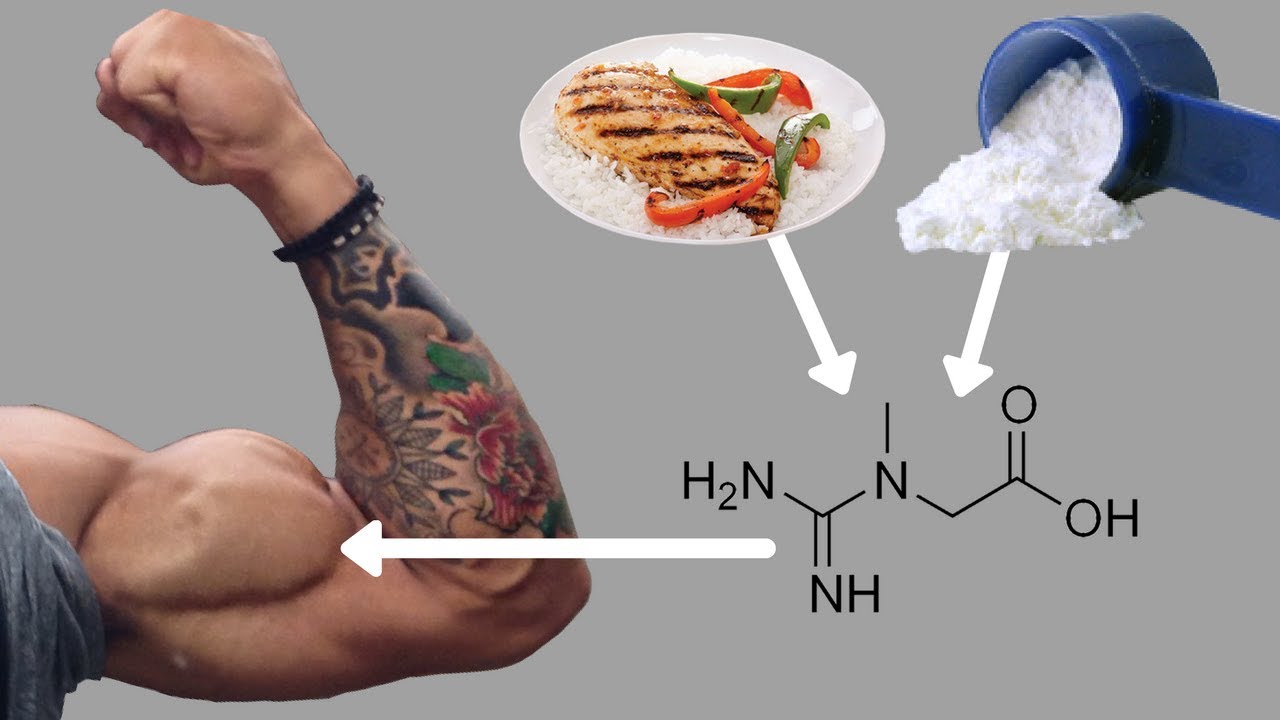 Well, guys, it’s been over 30 years since we were first introduced to Creatine. Still today, this simple white powder continues to change the way millions of individuals look at themselves in mirrors.

In the early days, the claims were outrageous, and the corresponding testimonials looked grossly unbelievable. Five-pound gains in one week? Ten-pound gains in a month?

Twenty over the course of a mind-bending 12-week regime? “Impossible,” we all snickered. Impossible, that is until we tried it. Because if you were one of the millions who jumped on the muscle train as it was just beginning to embark, you knew instantly that there was something very special about Creatine.

Still, there seems to be a massive debate over who actually introduced this supplement-to-end-all-supplements. Based on my own recollection, EAS was the first out of the box with PhosphagenTM. Others believe it was being used in some remote circles during the 92′ Olympics. Some of the most far-fetched claims state that it was used in WWII.

But none of that really matters. Because in the optimistic event that society is still pumping iron 500 years from now, future generations of muscle-crazed gym-goers will look back with awe-filled eyes, referring to our time as the age of Creatine.

After over a decade of commercially ballistic use, Creatine continues to reinvent itself. From the beginning, those who have been there are living proof that when it comes to the effectiveness of dietary supplements, Creatine is the real deal.

Some have gone pro. Others don physiques that were once unimaginable in the days of Charles Atlas. A select few even make millions on stage flexing tan, oiled muscles that would have made legends of the pre-Creatine era look anorexic.

What Does Creatine Do?

Believe it or not, Creatine monohydrate is more than just a powder that increases strength, endurance and muscle volume. Actually, it has an enormous biological role in the body, too. I know, I know, I know… You’d rather hear about the massive gains to be made instead of the hum-drum science behind it. Patience, young Jedi.

We’ll get to that in a bit. Because trust me, arming yourself with an in-depth understanding of Creatine’s chemical role can mean the difference between winning the Arnold Classic and winning a pie-eating contest.

In all fairness, Creatine is nothing short of a cool pen name for a chemical compound known as methyl guanidine acetic acid (good luck marketing that one). Its primary function is to help the body’s ability to produce adenosine triphosphate or ATP. If this term is unfamiliar to you, say it repeatedly until it’s embedded in your head. Here’s why.

Contrary to the opinions of so many avid bodybuilders and athletes, ATP is not energy by true definition. Rather, ATP is an organic, phosphate-rich compound that serves as sort of a “shuttle” for various forms of chemical energy. This is where even some of the most well-versed users seem to be chronically confused.

The simple truth is that every move you make is at the absolute mercy of how responsive your muscles are when it comes to producing ATP. From a training perspective, this is of immeasurable importance.

The ability to produce high amounts of ATP basically allows you to make the most out of your muscle contractions, especially those that belittle you during heavy training. And to think, it all starts with three amino acids that far too many of us take for granted every day. This is just one of about a gazillion reasons why it’s so important to supplement with a quality, peptide-rich protein.

According to Neil Levin, CCN and product formulator for NOW Foods, “Creatine increases energy and water storage in muscles, allowing users greater ability to exercise the muscles without stimulating the production of lactic acid crystals” and added, “these crystals are well known for causing muscle pain.”

Now that you’ve graduated from energy transfer 101, let’s take a look at where Creatine comes into the picture. First, it’s important to understand that you already make Creatine. It’s produced in the liver, pancreas and kidneys when the amino acids Arginine, Methionine and Glycine team-up.

When armed with a generous supply of these three essential building blocks, your body stores the majority of the Creatine you produce deep in the fibers of your muscles. This arsenal is typically used to carry out the basic motions of life, as stated earlier.

Unfortunately, there’s not much of the good stuff to go around. And yes, you can get it from protein-rich foods such as steak, beef and seafood. But keep something in mind – a lean 24 oz steak cooked medium, might only contain a few hundred milligrams (if that) by the time it hits your plate.

Supplementing with a quality Creatine monohydrate makes it virtually effortless to deliver impressive amounts to your muscles, which can be readily converted into ATP for training and recovery.

Moving on. When you consume Creatine, several things happen. First, whatever amount of Creatine you ingest partners up with the phosphorous in your muscles. From there, it is converted into Creatine Phosphate (CP).

As an endless barrage of muscle contractions take place, the ATP in your system is broken down into ADP (adenosine diphosphate) – a completely useless byproduct that is quickly transformed into the ATP that your muscles need to complete each gruelling rep.

Deep inside the twisted, tangled fibers of your muscles, you have what we in the business refer to as a Creatine pool. This is your complete and total population of Creatine, and essentially what determines how long you will be able to last in the gym. Incorporating Creatine monohydrate into your workout is bar none, one of the best ways to keep your Creatine pool filled to the brim.

And as simple logic tells us, the greater your Creatine pool, the more responsive your ATP production will be. Producing more ATP allows you to train harder and longer and with more intensity than you might otherwise be able to. And you guessed it, the harder you train, the stronger and more physically augmented you can potentially become.

“Creatine is an awesome supplement that has helped me gain considerable size and strength, especially during my off-season bulking (pre-contest) stages,” said John Urban, Chicago area bodybuilder, powerlifter and manager of NOW Sports in Bloomingdale, IL. “During workouts, I continue to notice incredible bursts of energy” and maintained “20-pound gains were not uncommon during my mass cycles while taking Creatine.”

Myth #1: I Can Get All Of The Creatine I Need From Food.

Warning: Do not under any circumstances rush home with your new bottle of Creatine and down 15-25 grams in one sitting. If you do, stay very close to a toilet and 8 rolls of the softest tissue you can get your hands on. Savvy?