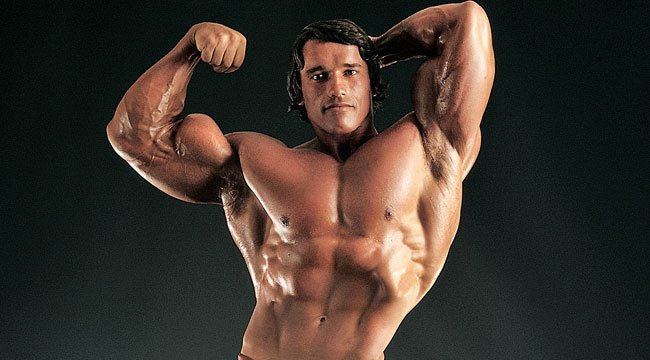 How to get big arms fast? you must train the biceps, triceps, and forearms into huge, proportional mounds of muscle. The triceps contain two-thirds of your upper arm’s overall mass while the biceps includes the other one-third. You must hit all three muscle groups with various exercises and apply several proper training techniques including Forced Reps, Continuous Tension, Cheating, Isolation, and Super-sets between opposing muscle groups.

The most significant advantage when it comes to training arms is that motivation is usually not a problem. When it comes to bodybuilding, mass is just the beginning. To be a competitive bodybuilder, you must possess extraordinary muscle characteristics, including the arms. Outstanding arms have a separation between the biceps and triceps and refinement in the biceps and triceps themselves.

As you can tell from its pre-fix bi, the biceps is a two-headed muscle whose primary function is to bend the elbow. The short head of the biceps is located on the inside of the arm and is clearly visible in the front biceps pose. The long head is located on the outer part of the arm and is visible in the rear biceps pose. The triceps, pre-fix tri, is a three-headed muscle designed to extend the elbow.

The lateral head is located on the outer arm, while the long and medial heads are located on the bottom. It’s essential to hit all 3 heads to get the most mass out of your routine. If all 3 heads are trained in proportion, you will be able to mimic the famous horseshoe. I will include the exercises and training techniques that have allowed me to add 2 ½ inches to my arms in 4 short months. Hopefully, you can apply these techniques and blast your arms into some new muscle growth.

No Heavyweights To Build Bigger Arms

Again, let’s begin with problem-solving first. It’s unbelievable how many people have ego problems in the gym. Those who pile on the plates in a blind attempt to look strong believe they are training correctly for mass. Not so! These people often become victims of their own game. Cheating on every rep will be cheating yourself out of the mass you deserve. You must effectively isolate and exhaust the target muscle using a weight that will allow for proper form in the correct rep range.

The quality of the rep is equally as important as the quantity of the rep. This has a double meaning: you must be able to reach failure in a desired number of reps with good form and use an appropriate amount of weight that will recruit deep muscle fibers to allow for maximum growth.

I think the most prominent problem people face when building huge biceps is symmetry. You likely have a weak arm, whether it be the biceps or the triceps. Having a weak arm is no big deal, as long as you don’t let it get too out of hand. Bringing up a weak arm is very simple, but it takes a lot of concentration.

For example, if you are performing a set of standing barbell curls, focus on using your weak arm to lift most of the weight, while the bigger arm more less just holds its own and lifts the remaining percentage of weight. Another method of increasing the mass of a weak arm is to use unilateral exercises. For example, perform a few extra sets of single-arm curls or single-arm press-downs for weak biceps or triceps.

Now, time to get into the goodies. First of all, if you’re one of those people who just want to train for big arms… good luck! If you want to build the biggest arms possible, you must have strong supporting muscles. Develop shoulder and back strength to help you curl more weight. The more weight you can safely handle, the more growth you will get and the more you increase the stress of each set, the more muscle fibers will be activated.

Like all exercises, no matter what muscle group, peak contraction is the main goal. While performing curling movements, power the rep upward into a peak contraction, then resist the descent. As a general rule of thumb, the eccentric phase of an exercise should be twice as long as the concentric phase. This simply means it should take you twice as long to lower the weight as it should for you to lift it.

In order to maximize biceps development, you’re routine should include curls based on three different angles. Standing curls stimulate the full length of the biceps belly. These will allow you to handle the highest amount of weight and it is easy to cheat a few extra reps at the end. Incline curls (seated on an inclined bench) stimulate the upper biceps as well as the deltoid tie-ins.

The preacher curl stimulates the lower portion of the biceps and helps build a huge peak. Although free-weight is superior in respect to building mass, cables should be implemented into your routine to help add fullness to your biceps. They allow for continuous tension from top to bottom of the movement, stimulating a different combination of muscle fibers.

To maximize triceps development, it’s also important that you hit them from various angles using next to perfect form. The problem many people have while training triceps is not hitting each of the heads during their workout. If you only work the outer head, the muscle will be dense higher up on the arm. To correct this, use movements with a reverse grip to stimulate the lower area. This technique can be used on almost any triceps exercise. Basically, any exercise where your palms face your head will hit the lower region of the triceps.

To design an effective routine, use heavy mass building movements and a strict, low-weight isolation exercise to finish. I suggest that you play around with some different exercises to find the ones that really work for you and give you a pump like you’ve never felt before. Go heavy but stay strict. Hopefully, this article will give you a bit of guidance and have you on your way to building your very own pair of Full Blown Cannons.