The 6 Rules of Progressive Overload – The Key To Muscle Growth 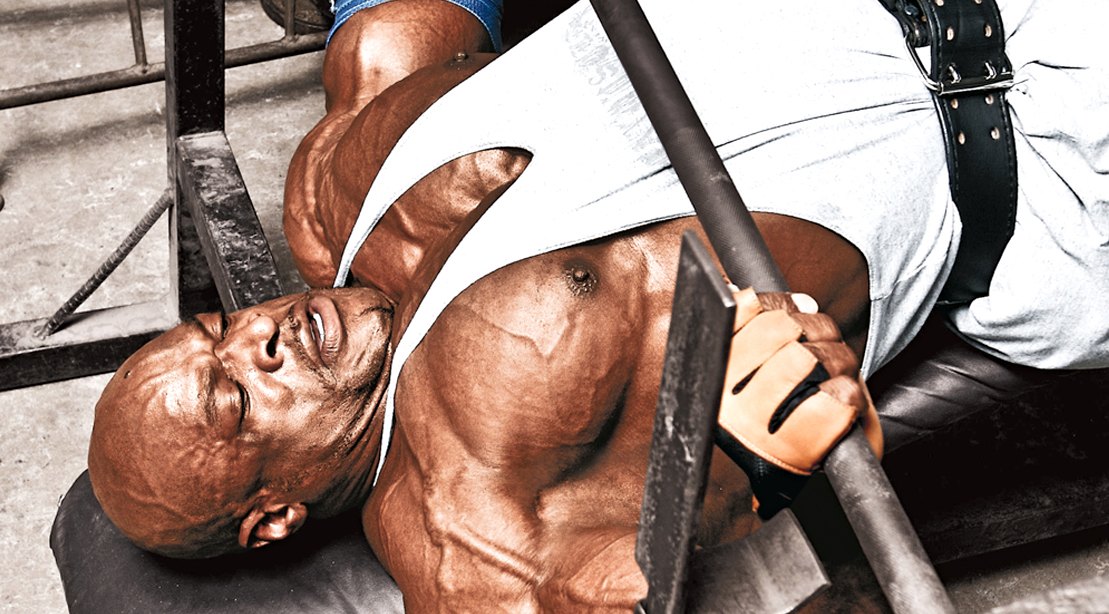 A guy asked me by email: “I am scared of doing heavy lifts in the gym because my knees hurt and buckle when I squat. I do some of the movement, but I’m scared to do the whole range of motion for fear of inflaming them further.

Any tips on how to bypass this knee pain? It’s the sudden buckling that worries me. I don’t want to collapse with a hundred pounds on my shoulders. Help!”

This poor man should not have a hundred pounds on his shoulders, to begin with! he never should’ve progressed up to that weight if his knees are buckling and there’s significant pain.

This article’s for you, little deadlift guy, wherever you are.

So You’ve Answered the Call to Strength.

I believe that most men don’t push themselves in the gym as much as they could. However, lifting heavy weight needs to be a gradual, progressive process.

You’re no longer scared of lifting heavy, but, understandably, you don’t want to hurt yourself. So just how exactly do you get from point A to point B?

If you can’t perform an exercise, any exercise, with good form, in the full range of motion, using only your bodyweight — no external resistance like dumbbells, barbells, or cables — then you should absolutely not be adding any weight!

If you feel pain somewhere in the range of motion, notice your body buckling, or if you simply don’t have the strength to perform the exercise properly with just your bodyweight, do not start adding an outside load.

Never, I repeat, never sacrifice your technique or range of motion just to increase the load. Adding an outside load is only necessary when your body needs a new demand because your bodyweight, with a full range of motion, has become too easy.

You have to put a demand on your body, let it adapt, and then progress slowly. The key is to keep progressing but in small increments. You can’t just throw a bunch of weight on the bar and start squatting if you have never done a bodyweight squat with good form.

Don’t increase your loads by more than 10% a week, and remember to start small. For example, going from zero outside load to 20 pounds is a significant jump (depending on the exercise).

The Rule: Start with just bodyweight through the full range of motion, and go from there.

Before increasing your loads in any particular exercises, you need to build a solid foundation of general physical qualities. At our gym, we call it our “corrective exercise phase,” where we build a base of strength and address any specific weaknesses using standard movements, including bodyweight exercises such as squats, push-ups, and lunges.

When in doubt, stick to the basics for a longer period of time rather than shorter. The longer you stick to the basics, the better your foundation will be. Even if you’ve been training for a while, it’s always a good idea to occasionally go back to basics.

Can you use both legs to lunge with good form and without pain? Can you do a bent-over row with the same amount you can bench press? Can you perform an overhead squat with good form?

Going back to these basic exercises and starting with a solid foundation will allow you to eventually take your training to even higher levels, and you’ll be more likely to reach your full potential.

The Rule: If you’re not pain-free during basic movements like squatting, lunging, bending, twisting, pushing, and pulling you should not be adding outside load.

#3) Progressive Overload – The Key to Results

What would happen if you do the exact same workout, over and over and over, for a year? How long would it take you to stop progressing?

This is why loads must increase — to allow for continued physiological adaptations and changes, and this is called Progressive overload.

After every workout, your body should recover and be stronger for your next workout. It is not a good idea to lift the same loads twice. in a row. If you’re recovering properly, every single workout have you lifting more weight than last time, even if it’s just one pound more.

One pound today could be half a truck tomorrow.

However, don’t try to increase every single exercise in one workout. Each increase will affect the exercises that follow in that day’s training. Limit yourself to only increase one to three exercises each session. Next time you do the program, pick three different exercises to increase.

Get those three rules down first. They’re crucial! Use your bodyweight with good form, build a solid foundation, and then you’ll be ready to start progressing your loads. But remember, progressing an exercise doesn’t always have to mean adding weight.

There are several ways to progress and all of them will challenge you and make you stronger and change your body.

The 6 Rules of Progressive Overload

Here are 6 ways to incorporate the progressive overload into your daily workout and continue your progress.

Single progression means that you keep the reps the same but increase the weight. Most gyms force you to jump by at least 5 pounds on most exercises. This may not always be appropriate.

If your gym has smaller weights (dumbbells or barbell plates), using micro-loading can be safer and more effective. Micro-loading means increasing your loads by smaller increments than the standard 5-pound jumps. This is usually done with small magnets or tiny 1/2-pound plates.

You shouldn’t increase your load by more than 10% each week on any given exercise.

Double progression refers to increasing the weight and the reps. For example, your program might call for sets of 8-12 reps. During week one, use a weight that allows at least 8 reps. Attempt to add reps to each set at each new workout.

Once you achieve 12 reps on each set, increase the load 3-5% and repeat the process. This method works really well with dumbbell exercises and chin-ups. Keep in mind that adding a rep is like adding 2-3% weight.

So if you increase the load by 5% and you add a few extra reps, you can easily get up to a 10% increase. But the rule from above still applies: we don’t want to increase by more than 10% a week.

Increasing the volume of the workout, or the amount of “work” you get done, is another way to progress. This is easiest to do by adding more sets. I usually recommend performing 1-2 sets in week one and then progressing to 2-4 sets, depending on the type program and the goals.

4 — Use a Progressive Range of Motion

Instead of adding load, sets, or reps, you can incorporate an unstable surface such as a balance board, Valslide, or Swiss ball. Depending on the exercise, you can stand, sit, or lie down on any of those tools and increase the difficulty of the movement.

6 — Changing the Center of Gravity

Standing on one foot instead of two feet, or standing with your feet closer together, are also ways of progressing an exercise. For example, doing push-ups with your feet placed wider is easier than placing one foot on top of the other.

As an example of putting progressive overload, at our gym, we progress our clients through our programs with the following strategy:

We emphasize proper technique, review the exercises, or introduce a new movement. We start with lowered volume (de-load) using 1-2 sets instead of 3. We start with about a two-rep buffer or two reps “left in the bank”. So, for a set of 10, we’d use a weight we know we could get 12 with.

We increase the volume (usually by adding a third set) and increase the load if possible (depends on the difficultly of week 1 and their experience with the movement). The load should be at a previous best level (for an experienced client) or use a one-rep buffer/one rep in bank, if less experienced.

Increase the load and go for maximal efforts for the rep goals – but don’t miss any reps.

Go for broke. Increase load and have another week of chasing PR’s. Missed reps may occur, but they’re certainly not a goal. Minimize technical breakdown, and maintain form as best as possible under such heavy load.

You can’t lift heavy every workout for 52 weeks a year. Using a system like the one above, where each time you start a new program (every four weeks) you have a deload week, will allow you to build slowly and progress your strength. After week four, we usually start a new program, beginning at week one and deload again.

The two exercises to be most cautious of as you increase your loads are the deadlift and the squat. Progress these two movements very carefully and very slowly.

The following criteria must be met for every rep, in every set, no exceptions, in order to call it a safe squat or deadlift. If you’re unable to perform the movement while keeping the following form, you need to decrease the load and work on the movement itself.

• Keep your back in extension; you should have no lumbar flexion (lower back shouldn’t curve forwards).

• The bar should be directly vertical to the middle of the foot.

• Your knees should track directly over your toes.

• Your feet need to stay completely flat on the ground.

• Your hips and shoulders should rise at approximately the same rate on the ascent. Your hips shouldn’t come up first.

To succeed with the progressive overload you have to be patient because building strength takes time. Every workout, every rep, and every set really gets you closer to where you want to be. The key is to continually challenge yourself, so you can progress steadily and safely.