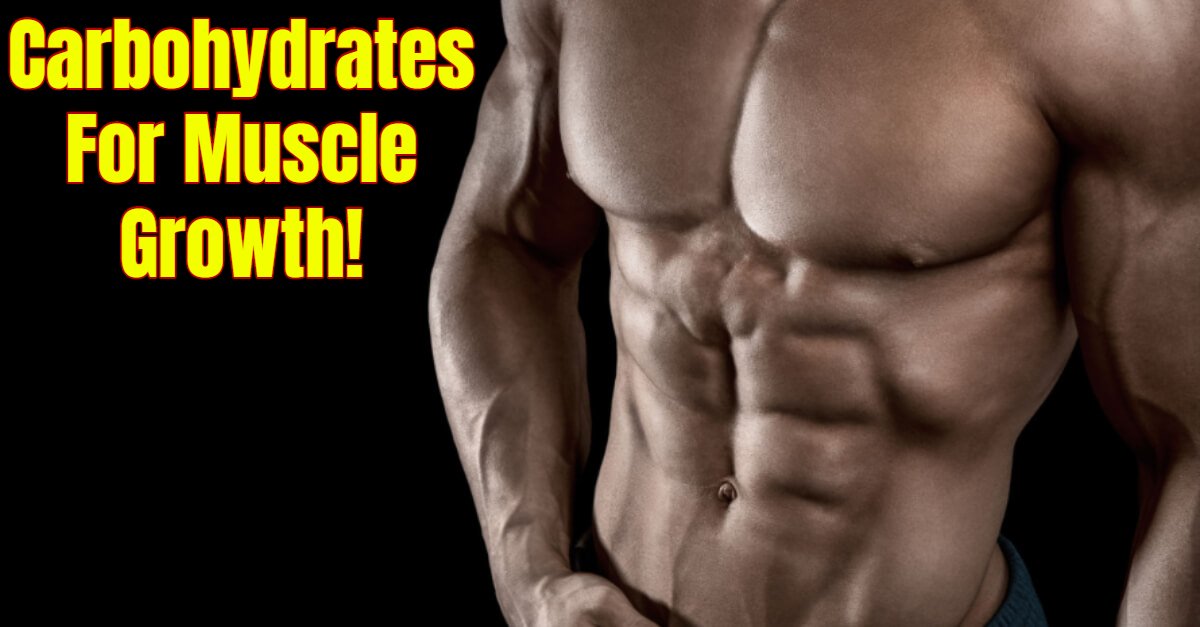 Although I’ve always labeled myself as a protein/amino acid guy, I didn’t realize that this had actually turned me into a bit of an anti-carbohydrates guy. And as one who practices what he preaches, I began dropping my carbohydrates on a regular basis. Even the sacred post-workout window, which is a myth for everything but glycogen restoration, was not immune to my carbophobia.

This all seemed to be quite justified, after all, resistance training generally doesn’t deplete muscle glycogen more than ~40%, so we don’t need the high doses of carbohydrates.

Further, even taking advantage of that post-workout window for glycogen doesn’t mean that we’re going to get more glycogen storage – only faster recovery. This is, of course, crucial for MMA athletes or anyone doing 2-a days, but resistance training athletes don’t benefit from it. Or so I thought. 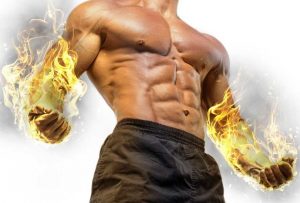 Given my above level of reasoning, I was exceptionally skeptical when I first tried the carbohydrates supplement Vitargo. While it’s been shown to increase the rapidity of glycogen restoration compared to glucose and maltodextrin, and enhance performance in the second bout of daily exercise – just 2 hours after glycogen depleting endurance training, these studies didn’t exactly impress me.

They’re great for endurance and high-intensity athletes, but I was a strength athlete and the research just wasn’t applicable to what I do. But as always, it’s important for me to try things out before I objectively rip on them – and I was certainly going to do so on Vitargo.

So here I am skeptical as hell using a carbohydrates supplement after training. I wasn’t expecting anything to happen, and why should I? After all, in spite of what our perception maybe it’s pretty rare for us to really feel when a supplement works (this is why 2-6 month studies are usually required to find any differences).

Other than that it’s pretty much a crapshoot in which the directed placebo effect runs rampant. It’s just human nature and it affects all of us.

Getting back to my Vitargo experiment, I quickly began to notice something happening after my post-workout shake – my muscles felt fuller than normal. I initially passed this off as an unusually prolonged pump; maybe because my caffeine intake had been affecting my metabolite clearance or production. But when the effect actually increased in magnitude as time went on, I knew something positive was happening.
For whatever reason (I was still skeptical of Vitargo at this point), I had a ridiculous increase in muscle volume after training. In fact, I hadn’t felt anything like it since I began supplementing with creatine a decade ago.

If you’ve ever carb-loaded, you’ll know what a great feeling it is, and if you haven’t, you’ll never forget your first creatine loading experience. I must admit that after more than a decade and a half of training and supplement use, I was actually a little giddy from this new experience. It’s not every day that you encounter this level of change.

Carbohydrates And Glycemic Index: Knowing Is Half The Battle

Another interesting property that’s worth pointing out is that in spite of the quantity of carbohydrates ingested and the rapidity of absorption, there was no perception of fullness or bloating during this experiment.

I usually have an iron gut when it comes to most things, but even this attribute can’t protect me from the bloating that people experience after dumping 70 grams of glucose or maltodextrin into the gut. This benefit alone has caused several people to switch to this novel carb source after training. 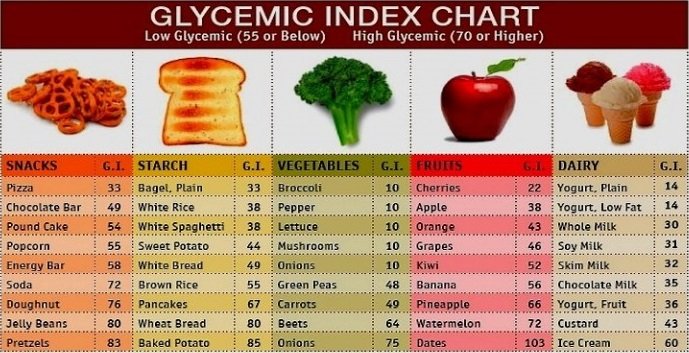 Although I was walking around with what seemed like 10lbs of new muscle, the true test was to come 2 days later. This was my leg day, and while that’s not at all unusual by itself (at least we hope not!), I was sure that it was going to kill any perception of muscle fullness I had. For whatever reason, leg training completely flattens out my upper body, leaving me looking like I weigh 20lbs less than I actually do. I’ve never been able to “fix” this – it’s just something I’ve gotten used to.

But the challenge came, and I’m happy to report that my upper body stayed full for the first time I can remember during leg training. It was quite unexpected, but at that point, even my stringent skepticism began to wane. Something good was going on here. Real good.

I usually analyze the hell out of a supplement to figure out why it works before I begin to take it, but I only did so in a negative sense with Vitargo. I didn’t expect it to do anything, let alone have an incredible cell volumization effect.

I mean I’d tried everything, including glucose, maltodextrin, blended oats, and even the highly touted Waxy Maize – which has been shown to be less effective than white bread for stimulating insulin and blood glucose (/end future article teaser) – but haven’t had an effect like this before. Even though creatine enhances glycogen storage, my use of this supplement hadn’t changed at all and couldn’t be the cause of the outcome.

But following my initial (and persistent) experiences, I began investigating what was going on. After many days worth of research, I must confess that I still don’t know exactly what’s happening inside my muscle cells. Clearly there’s an unusual glycogen supercompensation effect that occurs with Vitargo, even with resistance training.

Moreover, this is related to the speed of absorption, and potentially the subsequent insulin spike, because it doesn’t happen with other types of carbohydrates. This is particularly interesting considering that the liver is going to have priority for glycogen repletion, which makes the muscle supercompensation that much more intriguing. Beyond that, I’m at a loss.

Although I’m not completely resigned on elucidating the mechanism of action, I have learned to sit back and enjoy the volumization ride.

The Anabolic Effects Of Creatine And Vitargo

For most people involved in athletics or bodybuilding, the benefits of an appearance of additional 10-15 pounds of functional muscle seem obvious. But far from simply a cosmetic effect, enhanced glycogen storage may have even more benefits!

For example, it is known that resistance exercise increases glycogen breakdown, the extent to which is determined by the intensity of the training. From this, it has been suggested that glycogen supercompensation following post-exercise carbohydrate may ultimately result in improved resistance training performance.

The fact that glycogen depletion, and subsequent resynthesis, occur to the greatest extent in fast muscle fibers lends further intrigue to the performance-enhancing potential.

Interestingly, it has been shown that performing resistance exercise (squats) in a carbohydrate-depleted state is ergolytic (i.e. performance impairing). Although it’s too soon to suggest the extrapolation that training in a post-Vitargo glycogen-super compensated state would be directly performance-enhancing, the potential for such an effect remains exciting.

Perhaps even more important than any ergogenic effect is the actual benefit of cell volumization itself. It’s been suggested that actually enhancing muscle cell size is responsible for anticatabolic effects in this tissue.6 Although it’s usually associated with creatine use, it’s worth noting that some of the creatine’s effects may be due to its often-ignored ability to increase glycogen storage.

Consistent with this idea, creatine supplementation has been shown to have an anticatabolic effect, leaving one to wonder to what extent glycogen contributes to this significant benefit.

Continuing with the similarities between creatine supplementation and glycogen loading, we need to look no further than the effect of each on muscle cell signaling in resistance exercise. These are the “stop” and “go” signals that tell the muscle to build up and break down. By altering our control of these signals we should be able to optimize our training effect.

One study showed that trained athletes had greater anabolic signaling following resistance exercise when the muscle is in a carbohydrate loaded state. In fact, the anabolic factors that were activated following exercise in the high carb condition are the same that are stimulated from leucine supplementation and resistance exercise, as well as protein and carb-laden post-workout drinks.

Other research indicates that the level of glycogen in muscle can affect muscle regulatory factors in a resting state. Considering that we’re usually resting, the significance of this finding could be important. In fact, it has been shown that signals for overall protein metabolism are increased in normal, compared to glycogen-depleted, muscle.

What is really interesting about all of this is that these anabolic factors are also elevated in muscle with creatine use and resistance training.

Now we know that carbohydrate availability greatly affects the related signals for adaptation following endurance exercise,12 but this has yet to be directly investigated for glycogen super compensated muscle.

Considering what we know about muscle glycogen availability and creatine-induced cell swelling affecting the growth signals, it’s a good bet that there’s going to be a net positive effect on muscle hypertrophy. Only time will tell just how powerful this effect is when combined with resistance training in fed, and hyper-fed, states.

In spite of my skepticism and poor experiences with other carbohydrates, I noticed an immediate and sustained volumization effect from post-workout Vitargo ingestion. Although I can’t figure out why it works as well as it does, the added muscle size is enough to keep me coming back for more. Moreover, the potential for this glycogen supercompensation to promote a performance-enhancing, and/or anabolic/anticatabolic effect, remains quite exciting!